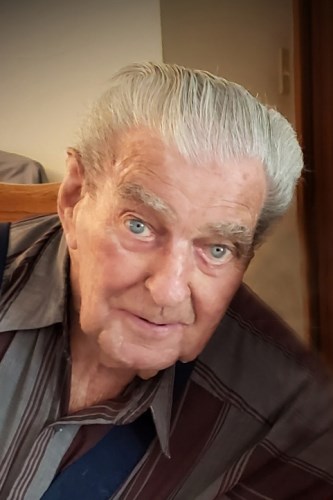 CEDAR FALLS-Richard "Dean" Fanning, 87, of Cedar Falls, passed away on Thursday, October 21, 2021, at UnityPoint Health/Allen Memorial Hospital of Waterloo. He was born January 26, 1934, in Conway, Iowa, son of Loren and Hazel "Berniece" (Worrell) Fanning. Dean met Betty Jean Rand on a blind date and the couple married March 5, 1955, at the Little Brown Church in Nashua. He worked for the City of Cedar Falls as a Maintainer Driver for 40 years, retiring in August 1995.

Dean's funeral service will be held at 10:00 am on Monday, October 25, 2021 at Dahl-Van Hove-Schoof Funeral Home followed immediately by burial at Elmwood Cemetery of Dike. Visitation will be from 4-6:00 pm on Sunday, October 24, also at the funeral home. Memorials may be directed to the family for future designation and condolences can be left at www.DahlFuneralHome.com.

Dean was a quiet, determined and kind man with many hidden talents. He took great pride in keeping his lawn meticulously manicured. Dean will be missed by all who knew and loved him.