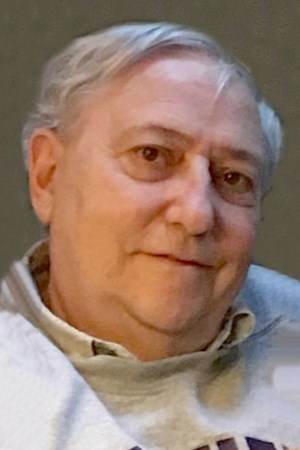 Richard A. "Dick" Sines, 76, of Waterloo, died Tues., Sept. 21, 2021, at the U of I Hospital. He was born Dec. 31, 1944, in Waterloo the son of Arthur and Mildred Cue Sines. He was a 1963 graduate of Waterloo West High School and attended Iowa State Teachers College. He married Bonnie Hartman on September 17, 1966, she preceded him in death on Nov. 20, 2008. Dick worked as a Tool and Dye Maker for John Deere over 30 years, retiring in Jan. of 2009. Survived by: a daughter, Sheila (David) Sines Thomasson of Charleston, SC; a granddaughter, Isabella "Ella Grace" Sines Thomasson of Charleston, SC; 2 brothers, Ronald (Trudi) of Summerton, SC, Randy (Vicky Cockrum) of Woodstock; a brother-in-law, Dennis (Rachel) Hartman of Omaha, NE; nieces and nephews and his golden retriever, Bailey. Preceded in death by: his parents; his wife; and 2 sisters, Carolyn (Kenneth) Thome and Judith (Sam) Chapman; and a nephew, Adam Sines. Memorial Visitation: will be held from 12-2 p.m. Sun, Sept. 26, 2021, at Kearns Funeral Service Kimball Chapel. A Memorial Service will take place at a later date in Charleston, SC. Memorials: may be directed to P.E.T.P.A.L.S. or St. John's Lutheran Church in Charleston, SC. Kearns Funeral Service Kimball Chapel in charge of arrangement 319-233-3146. For more information visit www.kearnsfuneralservice.com.

Published by Waterloo-Cedar Falls Courier on Sep. 24, 2021.
To plant trees in memory, please visit the Sympathy Store.
MEMORIAL EVENTS
Sep
26
Visitation
12:00p.m.
Kearns Funeral Service
3146 Kimball Avenue PO Box 536, Waterloo, IA
Funeral services provided by:
Kearns Funeral Service
MAKE A DONATION
MEMORIES & CONDOLENCES
Sponsored by Kearns Funeral Service.
3 Entries
Dick was a great co-worker as we worked together at Deere´s. I am sure he is smiling with Bonnie by his side again. May you Rest In Peace. Shiela and Isabella, I know your hearts are hurting now. Fill them with the beautiful memories you shared with him. Prayers are being sent your way.
Sue and RonSawyer
Work
September 26, 2021
Sorry for your loss. Sending prayers . Mary Ann
Mary Ann Radue
September 25, 2021
Dick and I were 1 year in age difference, we both worked at Smity Super Valu in Waterloo while in High School, then worked at John Deere together both in the tool and Die department. Long time friends and only live a few blocks apart in Waterloo. RIP my best friend.
Duane R. Crapser
Work
September 24, 2021
Showing 1 - 3 of 3 results