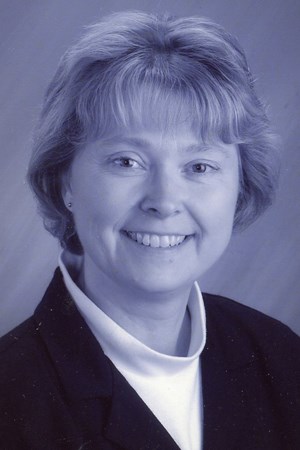 A Mass of Christian Burial will be held 9:30 a.m. Saturday, April 24, 2021, at Blessed Sacrament Catholic Church, Waterloo, with Rev. Tony Kruse celebrating the Mass. Interment will be in Rose Hill Cemetery, Fredericksburg at 11:30 a.m. To watch the funeral live, please join the family at https://blessedsacramentwaterloo.org/blesac-live.

Arrangements are with Hugeback-Johnson Funeral Home & Crematory in New Hampton. Online condolences may be left at hugebackfuneralhome.com

Susan Lynn Armbrecht was born May 13, 1955, in Freeport, Illinois, the daughter of Robert and Margaret (Becker) Reisner. Her family settled in Waukon when she was 7, and she attended Waukon schools, where she was active in volleyball, softball and basketball. She was an excellent student and a member of the graduating class of 1973 at Waukon High School.

She attended Northeast Iowa Community College, where she met a young student named Steven Armbrecht, and if it wasn't love at first sight, it was awfully close. The couple was married on July 5, 1975, at St. Paul's Lutheran Church in Fredericksburg.

When she was in high school, her parents asked Sue what she wanted to do in life and what she was good at, and her answer was twofold: "I love working with people, and I'm good at math," which made banking a natural career choice.

And she was an outstanding banker for decades, not only rising to the top of her profession - she was the market president for MidWestOne Bank in the Cedar Valley at the time of her death - but also mentoring and leading scores of future bank leaders wherever she worked.

Sue, though, was much more than a banker in the communities she served. She passionately believed in the power of "we" and gave generously to organizations and communities wherever her banking career took her.

She was, in a word, involved. Sue served as the board chair of the Greater Cedar Valley Alliance and Chamber (now Grow Cedar Valley) and served on numerous boards and committees for the organization. She was a past YWCA Board member, served on the Cedar Valley United Way Board of Directors and Finance Committee, was a member of the Cedar Falls Civil Service Commission and active with many other community organizations, including the Waterloo Rotary Club.

Sue was, in a word, selfless. When she received the Greater Cedar Valley and Chamber's Fulfilling the Vision of One Award in 2018, Sue talked about the importance of giving back and the fact that one donates their time and talents to organizations not to be put into the limelight or because it was "good for business" but because it was the right thing to do. "If you don't give back, your communities can die. It should be about the community as a whole. … (It's why) I expect my staff to be involved in their communities."

As a banker, she joked she was always "training my replacement," but in all seriousness, she passionately believed in empowering those who worked for her.

Sue and Steve enjoyed a wonderful marriage for more than 45 years, and at times, it was adventurous and competitive. They loved to travel, and two of her favorite trips were the ones they took to Prince William Sound in Alaska in 1988, a year before the Exxon Valdez oil spill, and to Seattle, Washington. They loved their annual family fishing trip to Osakis, Minnesota, where Sue always tried to "out fish" her husband.

Long into adulthood, Sue played softball and volleyball, and she continued to enjoy golfing and fishing throughout her life. She also loved to play euchre with her husband and friends.

Although the couple never had children, Sue was a great aunt in the figurative sense to ten nieces and nephews and may have even spoiled them a time or two.

Her loss has come as a shock to her husband, her family, her friends and the communities she served so well for so long. Sue had so much more to do. Retirement was on the horizon, and that meant Steven and her could do the traveling they wanted, but God must have needed a banker who knew how to help people and called her home.

Her legacy is a career filled with honesty, integrity and service - both to her bank customers and the people of the Cedar Valley and beyond - and she was, as one Grow Cedar Valley official put it, "an unstoppable force for the things" that were important to her, and our little corner of the world will not be the same without Sue Armbrecht.

She was preceded in death by her parents; brother, David Reisner and father-in-law, Richard Armbrecht.

To plant trees in memory, please visit our Sympathy Store.
Published by Waterloo-Cedar Falls Courier on Apr. 21, 2021.
MEMORIAL EVENTS
Apr
23
Calling hours
4:00p.m. - 7:00p.m.
Blessed Sacrament Parish Center
, Waterloo, IA
Apr
24
Mass of Christian Burial
9:30a.m.
Blessed Sacrament Catholic Church
, Waterloo, IA
Apr
24
Interment
11:30a.m.
Rose Hill Cemetery
, Fredericksburg, IA
Funeral services provided by:
Hugeback-Johnson Funeral Home - New Hampton
MAKE A DONATION
MEMORIES & CONDOLENCES
Sponsored by Hugeback-Johnson Funeral Home - New Hampton.
4 Entries
Steve and family, so very sorry for your loss. Sue was one of the greatest people ever! Such a cheerleader for all and a huge supporter of the Cedar Valley. She will be missed dearly. Please know that we are here for you. Mark and Karen Steffes
Karen Steffes
April 22, 2021
Sue was such a welcoming person when I was looking for a large meeting place for the "soon to be" Village Cooperative (near Midwest One Bank) where she was president. She offered that space graciously...and it worked perfectly for our purpose. After that, we maintained a friendship that I will always cherish. Sue was a fun lunch friend and I will miss her enormously.
Diane Robert
April 21, 2021
I knew Sue early in her banking career when she was in charge of the mortgage department at Merchants National Bank in Cedar Rapids. She was an excellent manager and caring individual who always had a smile on her face. My sympathies to Steve and her family.
Laurel Merrick
Coworker
April 21, 2021
I worked with Sue at MNB, Cedar Rapids. I loved her smile and ability to see humor in many situations. She was honest, kind, thoughtful and informative and intelligent.

When I read about Sue’s death I immediately saw her face, eyes and her smile! Steve, I am deeply saddened by the loss of Sue you two were great for each other. Bless you Steve as you grieve the loss of Sue and rejoice at the many memories you share.
Deb Klopp
Coworker
April 21, 2021
Showing 1 - 4 of 4 results