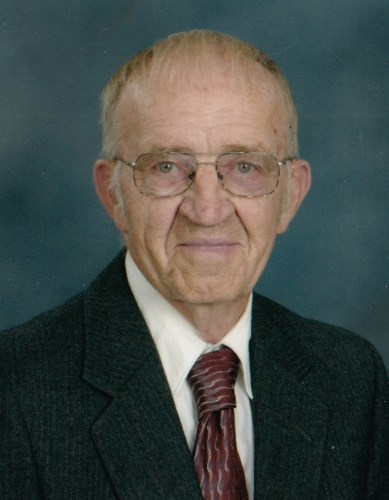 WATERLOO-Werner H. Riechmann, 99, of Waterloo, died Tues., October 19, 2021, at Northcrest Specialty Care of natural causes. He was born October 9, 1922, in Bremer County the son of Henry and Caroline Drier Riechmann. He married Violena Mae Sommerfelt on April 1, 1945, in Artesian; she preceded him in death on March 18, 2004. Werner worked for John Deere Co. for 26 years, retiring in 1985. He was a member of U.A.W. Local 838 and Grace Evangelical Lutheran Church. Survived by: a son Craig Riechmann of Independence; 3 daughters, Zelda (Everett) Kramer of Brooklyn, Jean (Rick) Day and Sue Jacoby all of Waterloo; 15 grandchildren; 19 great-grandchildren; 8 great-great-grandchildren; a sister-in-law, Arlene Necker of Independence; and many nieces and nephews.Preceded in death by: his parents; his wife; a son, Calvin; a daughter-in-law, Jeani Riechmann; three brothers, Alfred, Henry and Ervin and a sister, Eleanora Junker. Services: will be held 1:30 p.m. Saturday, October 23, 2021, at Grace Evangelical Lutheran Church with burial in the Garden of Memories Cemetery. Visitation will be held from 4-7 p.m. on Friday at Kearns Funeral Service Kimball Chapel and also one hour before the service at the church. Memorials: may be directed to U.A.W. Local 838. Kearns Funeral Service Kimball Chapel is in charge of arrangements 319-233-3146. Online condolences may be left at www.kearnsfuneralservice.com.