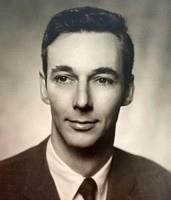 ABOUT
Staples High School
FUNERAL HOME
Shaughnessey Banks Funeral Home
50 Reef Road
Fairfield, CT
Frederick Hyman
Frederick Louis Hyman died peacefully on October 7, 2021 at the age of 89. He was a television and publishing executive, and Jacques Cousteau's friend and business partner.
He was born and raised in New York City and Westport. After graduating from Staples High School in 1949, he earned his degree from the University of Connecticut. He then served as First Lieutenant, Combat Command, in the U.S. Army's 3rd Infantry Division.
His career started with Associated Artists Productions, a distributor to television of feature films and short subjects, best known for the Popeye, Looney Tunes and Merrie Melodies series. After acquisition by United Artists Associated, he became executive vice president. He then co-owned Scope Advertising, a New York agency. He also founded Americom Corp., a Westport manufacturer and marketer of unique custom phonograph records that combined print and sound for the publishing and education markets, and also innovated a four-inch flexible single record, the PocketDisc, with its own player.
His experience with educational television and publishing led the famous explorer, Captain Jacques-Yves Cousteau to him. Mr. Hyman joined Cousteau in 1971 as president and CEO of The Cousteau Group, the operator of all Cousteau related companies in the U.S. and in France; television production, publications based on expeditions, the 20-volume The Ocean World of Jacques Cousteau, research activities aboard R/V CALYPSO, and the development of new technology.
A gift by Mr. Hyman and Cousteau was the basis for their 1973 creation of The Cousteau Society (TCS), a nonprofit organization dedicated to the protection and improvement of marine life and the environment. Cousteau's two sons Jean-Michel and Philippe were also co-founders. Mr. Hyman was president of TCS, which believed that only an informed and alerted public could best make the choices to provide a healthier and more productive way of life for itself and for future generations. After successfully turning the business around, he resigned but stayed on the board for many years. Over time, he lost confidence in the management and no longer supported TCS.
Mr. Hyman was a founding member of the Aspetuck Valley Country Club in Weston. He played in three British Seniors Championships, plus many tournaments in Bermuda.
He is survived by Janett, his wife of 67 years; four children, Richard (Margaret), Mark, Dean and Jane; and five grandchildren, Emily, Brent, Sarah, Ben and Olivia.

Published by Westport-News on Oct. 13, 2021.
To plant trees in memory, please visit the Sympathy Store.
MEMORIAL EVENTS
To offer your sympathy during this difficult time, you can now have memorial trees planted in a National Forest in memory of your loved one.
Funeral services provided by:
Shaughnessey Banks Funeral Home
MAKE A DONATION
MEMORIES & CONDOLENCES
Sponsored by Shaughnessey Banks Funeral Home.
6 Entries
Heartfelt condolence to you and your family for this great loss.
Claudia Bartlett
November 8, 2021
Dean, I've loved the stories you've told me about your dad throughout the years during our travels to our local and far away adventures. Please know we are all thinking of you. Many times you have said that you are proud to be his son. He must have been a great man. Please accept my sincerest condolences and all my love. Kellie
Kellie DeCapua
Friend
October 19, 2021
Dear Dean and Jane, Your dad was such a remarkable and wonderful man. Truly a man of his time. You have really been there for him when he needed you most. Much love to both of you and your family at this time.
Mark Hoag
Friend
October 19, 2021
Dean and Jane, What a full life your father has lived. Your love and care for him has been quite evident to those of us on the outside. And speaks volumes of how you were raised and your character. We send our deepest sympathy to you all. AF
Andrew Fowler
October 19, 2021
Dean, I'm so sorry for you and your families loss. Your father accomplished so much in his life, including raising a genuinely, great son. Thinking of you. Don
Don Mathieu
October 19, 2021
I know that even though you have a loss, you still have some great memories. I hope those memories will give you comfort in knowing God is with you and your family lean on him in your time of sorrow. Please accept my most deepest condolences.
Simone Taylor
October 13, 2021
Showing 1 - 6 of 6 results