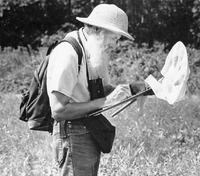 FUNERAL HOME
Shaughnessey Banks Funeral Home
50 Reef Road
Fairfield, CT
George William Zepko
George William Zepko, 85, passed away peacefully on Saturday, August 14, 2021. He was the son of the late George Wilbur Zepko and Anielia (Switter) Zepko of Westport. George grew up on Sturges Hwy. in Westport and as an adult, resided for many years in Middletown, Connecticut. He most recently lived at the Whitney Center in Hamden.

George was a graduate of Fairfield University and earned his master's degree in nuclear physics from Boston College. In 1959, he joined the Steven's Institute in New Jersey to research his doctorate. He then went on to have a very successful career at Wesleyan University.

George was an avid gardener and a noted and awarded part of multiple birding associations and conservation organizations, both locally and nationwide. He was a seasoned traveler, a beekeeper and an integral part of several significant bird studies - most importantly, monitoring and banding the endangered Barn Owl in Connecticut. George will be missed by many.

George is survived by his sister, Barbara Dorogusker and her husband, Bernard, previously of Westport; nieces, Laurie Dorogusker Weisensee and her husband, Michael of Trumbull, and Robin Elizabeth Dorogusker of Boxford, Massachusetts; great-nephews, Erik and Alexander Weisensee; as well as his beloved friend, Denise J. Landry of Rockfall, Connecticut.

George will be laid to rest with his family in Oak Lawn Cemetery in Fairfield. A memorial celebration will be scheduled in the future.

Visit his online tribute page at www.shaughnesseybanks.com.
Published by Westport-News on Aug. 18, 2021.
To plant trees in memory, please visit the Sympathy Store.
MEMORIAL EVENTS
To offer your sympathy during this difficult time, you can now have memorial trees planted in a National Forest in memory of your loved one.
Funeral services provided by:
Shaughnessey Banks Funeral Home
MAKE A DONATION
MEMORIES & CONDOLENCES
Sponsored by Shaughnessey Banks Funeral Home.
4 Entries
My wife and I knew George since we met him at an American Birding Association convention in 1996. We probably had run into him at our first one in 1994 but we were new volunteers and didn't know anyone yet. George was a mainstay at ABA conventions having been to all of them except the very first one. We kept in touch with George at the change of every season. We'll miss you George and will think of you every time there's a solstice or equinox.
Tyler Bell
August 20, 2021
My husband and I met George 25 years ago at an American Birding Association convention in Park City, Utah. George was standing outside and we asked if he was OK, since we were all supposed to be headed toward supper and the evening program. He assured us he was fine and was just awaiting the arrival of summer. Intrigued, we asked if we could join him when Spring gave way to Summer and a wonderful tradition was born. Though we didn't greet every change of season like George did, we greeted many of them, often with a phone call before or after the event. We intend to keep up that tradition in George's honor! We'll miss your answering machine messages and wry wit, George!
Jane Kostenko
August 20, 2021
I will miss George's quick wit and long beard.For many years he made exercising in the early morning tolerable with his humor and insightful comments. He gave the class inspiration to keep moving.
Roynn Lisa Simmons
August 20, 2021
My dear friend George, I miss you tremendously. My heart is broken and I will miss our outings, your crazy grocery shopping lists and your mentorship. Thank you for everything you have taught me and helped me with. Love you always.
Delette Corwel
August 18, 2021
Showing 1 - 4 of 4 results