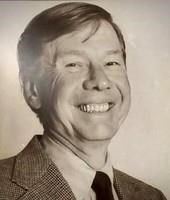 John J. Kemish
John J. Kemish, former Westport First Selectman, died April 25th in Boca Raton, Florida. He was 93.
Mr. Kemish served three 2-year terms as Westport's First Selectman from 1967 to 1973.
Prior to his election as First Selectman, the Town hired Mr. Kemish in 1958 as its first professional Controller (now the Finance Director). Mr. Kemish had a bachelor's degree from Hillyer College, which later became the University of Hartford, and earned a master's degree in public administration and municipal finance from the University of Connecticut. He served for nine and a half years as Controller of Westport and improved the towns credit rating from A to AAA by establishing the town's first Capital and Non-Recurring Expenditure fund. As Controller he played a pivotal role in the purchase of Longshore Country Club for the town under First Selectman Herb Baldwin.
Per Woody Klein, in his book Westport Connecticut, The Story of a New England Town's Rise to Prominence, Kemish was "a personable and highly competent public servant" and, at the time of his election, Westport "was about to face one of the most defining moments in the Town's history." United Illuminating Company, a statewide utility, had just announced its intent to build a 14-story nuclear power plant on Cockenoe Island, less than one mile offshore from Westport's Compo Beach. Referring to the upcoming battle against United Illuminating, Klein writes, "Kemish would soon become one of the key figures in the Cockenoe campaign".
The shocking United Illuminating announcement galvanized the town and sparked the "Save Cockenoe Now" campaign spearheaded by Jo Fox Brosious then the editor of the Westport News. Per Dan Woog, in his 06880 Where Westport meets the world blog, "The Westport News swung into high gear. Jo wrote news stories and editorials decrying the idea." Mr. Kemish, the First Selectman's Committee headed by Gay B. Land, and many others, became involved in what was to become a year-and-a-half long environmental battle with national coverage. The successful solution involved the purchase of the Island by the Town. Mr. Kemish engineered the financing that made the purchase possible and subsequently recouped 75% of the money from the federal government. Westport now owns the Island in perpetuity.
Mr. Kemish also spearheaded the construction of the first solid waste transfer station at the site of the Levitt Pavilion and effectively ended Sanitary Land Filling of garbage in Westport. This successful operation was a landmark for the State of Connecticut and culminated in the formation of the State Resource Recovery Authority.
Among other important contributions to the quality of life in Westport, Mr. Kemish created Westport's Beautification Committee headed by Claire Ford. Ford and the Committee were able to gain the support of the Planning and Zoning Commission and make significant and lasting changes in the appearance of the Post Road including plantings and the restriction of signage. Mr. Kemish was also responsible for the acquisition of the thirty-eight acre Wakeman Farm; the acquisition of the Nike Site on Bayberry lane; and the acquisition of North Avenue Nike Site providing additional land adjacent to the Staples High School property, now the location of Bedford Middle School.
During his years as First Selectman, Mr. Kemish succeeded New York Mayor John Lindsay as President of the Metropolitan Regional Council which was instrumental in improving services of the Metro North Commuter Railroad.
In the following years, Mr. Kemish worked with Union Carbide and American Can Company on the expansion of their respective municipal resource recovery and solid waste processing systems. In retirement, he traveled extensively with his wife Gloria, as well as enjoying family time in his homes in Connecticut and Florida.
He is survived by his wife Gloria Kemish and her family and his two sons James and Steven.
Published by Westport-News on May 26, 2021.
To plant trees in memory, please visit the Sympathy Store.
MEMORIAL EVENTS
To offer your sympathy during this difficult time, you can now have memorial trees planted in a National Forest in memory of your loved one.
MAKE A DONATION
MEMORIES & CONDOLENCES
0 Entries
Be the first to post a memory or condolences.