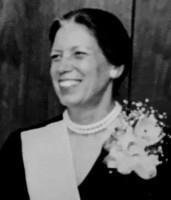 BORN
1929
DIED
2021
Katherine Cosandey Snook
Katherine Cosandey Snook, Westport resident from 1969 to 2016, passed away peacefully, surrounded by family, on August 10, at her Alpine, Texas, home. A wonderful wife, mother and grandmother, Katherine was 92, and days short of celebrating 72 years of marriage. Family and friends celebrated her life on August 20, at Don and Katherine's house.
Katherine Marie Cosandey was born in Duluth, Minnesota, on April 29, 1929, to Evelyn Graber, a music teacher and social worker, and Charles Cosandey, who had immigrated from Switzerland as a teenager, and taught physics and electrical engineering. Katherine lived much of her young life with her mother in Minneapolis, often with her grandparents. She attended Grinnell College in Iowa, where she met her husband, Donald Snook, while singing in the choir.
Don's work with the State Department and later, Esso Middle East, took the couple to Syria and then to Libya for a total of 18 years. During this time their daughters were born, and in addition to starting and singing with various music groups, they enjoyed picnicking in the countryside, visiting picturesque villages, exploring the coast, the Sahara Desert and Greek and Roman antiquities, and roaming through historic Mediterranean cities.
In 1969, Colonel Gaddafi took over Libya and the family returned to the US, settling in Westport. Don commuted to Exxon in New York, and Katherine continued as a supportive mother to her three daughters and worked part-time with several local organizations. A member of the Unitarian Church, Katherine served on their Board of Trustees and then as President of the Saugatuck Valley Audubon Society, and volunteered at the Westport Historical Society and the Westport Arts Center. In addition to enjoying walks and picnics in the countryside and on the shore, she and Don sang with several local church and community chorales and the Westport Madrigal Singers.
In 2016, Katherine and Don moved to Alpine, Texas to live near their daughter Helen and family. Surviving family members include her husband Don Snook (Alpine, TX); their three daughters, Laura Snook and husband Jonathan Kingdon (Oxford, England and Rome, Italy), Ann Snook (Bacalar, Mexico), and Helen Snook and her husband Steve Stratakos (Alpine, TX); Ann and Hans van Kooijk's daughters, Michèle van Kooijk and husband Sergio Vargas Pérez (Miami, FL) and Paola van Kooijk and partner David Castillo García (Cancún, Mexico); and Helen and Steve's sons, Johnny Snook Stratakos and wife India Shehan Stratakos (Asheville, NC), and Paul Snook Stratakos (Albuquerque, NM). Katherine also has Graber (Kokatnur), and Cosandey (Fligner) cousins in the US and in Switzerland.
Katherine's life is commemorated on a gravestone in a cemetery in Derby, Iowa, where other members of the Snook family are buried. Messages to her family can be sent to: 47040 State Highway 118, Alpine, TX 79830. Contributions in Katherine's honor can be made to the Family and Children's Agency of Norwalk, CT (familyandchildrensagency.org); Mohonk Educational and Neuropsychological Foundation of Westport (mohonkeducation.org); Person to Person (give.Psphelps.org); Homes with Hope, Westport, (hwhct.org); or the Nature Conservancy of Connecticut ([email protected]).
Published by Westport-News on Sep. 15, 2021.
To plant trees in memory, please visit the Sympathy Store.
MEMORIAL EVENTS
To offer your sympathy during this difficult time, you can now have memorial trees planted in a National Forest in memory of your loved one.
MAKE A DONATION
MEMORIES & CONDOLENCES
0 Entries
Be the first to post a memory or condolences.