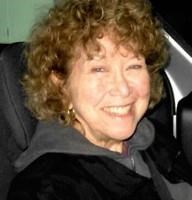 BORN
1922
DIED
2021
FUNERAL HOME
Guilford Funeral Home
115 Church Street
Guilford, CT
Mae Daub (Wexler)
September 16, 2021
Mae Daub (Wexler) 99 years old of Guilford, CT. passed away peacefully in her home on September 16, 2021. She was born Mae Hillman in 1922 in Bridgeport, CT., daughter of Isaac and Adele Hillman and grew up surrounded by many Aunts, Uncles, and cousins.
She met and married Elmer (Red) Wexler, Illustrator, during the second World War, both graduated from Pratt Institute, Brooklyn, NY. First living in NYC then Stamford, CT. they eventually designed and built a new home in Weston, CT. where they raised their three children, Mike, Carrie and Jimmy. They also collaborated on a new magazine venture Dimensions in Living, the precursor to Parade Magazine.
Mae remarried in 1972 Monte Daub and they relocated to Guilford. In 1984 they moved into their new home near Jacob's Beach, a home that Mae helped to design. Monte was a Fine luggage Sales rep who travelled the country while Mae already had the Guilford Traveller in full swing selling luggage, gifts and Godiva chocolate, one of Godiva's largest purveyors in CT. at that time.Mae's group of dedicated employees and friends were with her up to the end.
She was a devoted friend to all she met, loved to cook and entertain and usually had a small black poodle by her side. She was described as "perky and had an infectious smile" and was a light in the lives of so many with her optimism, grace and generosity. Mae continued to drive into New Haven to take life drawing and painting classes at the Creative Arts Workshop well into her 90's. She had a unique and artistic approach to everything in life.
Mae is survived by her two sons and their wives, Robert Michael and Sweta Wexler of Medina, Ohio and James Roy and Karin Wexler of Sharon, CT. Grandchildren Kimberly and Rick Ullman of Copley, Ohio, Geoffrey Wexler of Savanna, GA., Anna Wexler of Austin, TX., and grand daughter in law Kadeja Wexler of Philadelphia, PA. in addition to four great grand children, Maksim, Keira, August and Leo. She was predeceased by her husbands Red Wexler, Monte Daub, daughter Carrie June Wexler and first grandson Jamie Wexler.
There will not be a memorial service but a private "Celebration of Life" reception will be held in the future. Donations may be sent to: Saint Jude Children's Research Hospital, 501 St. Jude Place. Memphis, TN 38105 or the VNA Community Health Care and Hospice of Guilford, 753 Boston Post Rd, Guilford, CT 06437 in the name of Mae Daub. Arrangements in care of Guilford Funeral Home, 115 Church Street, Guilford.

Published by Westport-News on Sep. 29, 2021.
To plant trees in memory, please visit the Sympathy Store.
MEMORIAL EVENTS
To offer your sympathy during this difficult time, you can now have memorial trees planted in a National Forest in memory of your loved one.
Funeral services provided by:
Guilford Funeral Home
MAKE A DONATION
Please consider a donation as requested by the family.
MEMORIES & CONDOLENCES
Sponsored by Guilford Funeral Home.
0 Entries
Be the first to post a memory or condolences.