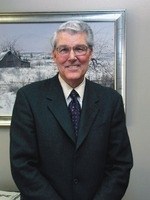 BORN
1931
DIED
2021
Richard M. Clarke
1931-2021
Richard M. Clarke died shortly after his 90th birthday. A Canadian native, he became a naturalized American and took up permanent residence in the States after receiving his Master's Degree in Chemical Engineering from Yale University in 1956. He completed his Bachelor of Science from the University of Toronto in 1954. Mr. Clarke became the embodiment of the global chief executive and board director with over 4 decades of experience serving a variety of public and private companies – Hoechst Celanese, AKZO America, Wickes Industries, Menasha Corporation, Nash Engineering, Fairleigh Dickenson, The Stimson Center, Trustee Emeritus of the National Urban League, The World Resource Institute. He joked he wasn't good at retiring and spent nearly 30 years as co-founder of the CEO Perspective Group, helping hundreds of executives excel in their careers, writing nearly 30 articles for Boards and Directors, NACD and frequently speaking at conferences and at Harvard University. Not to be underscored by his business career, Richard was first and foremost a family man, married to his wife Jacqueline for 56 years and survived by his two daughters, Stephanie and Wendy (husband Denny Lewis) and three grandchildren, Alexandra, Trevor and Samantha. The family is planning a Spring event to commemorate his life and philanthropic interests. To leave an online condolence visit www.munsonloveterefuneralhome.com

Published by Westport-News on Oct. 18, 2021.
To plant trees in memory, please visit the Sympathy Store.
MEMORIAL EVENTS
To offer your sympathy during this difficult time, you can now have memorial trees planted in a National Forest in memory of your loved one.
MAKE A DONATION
MEMORIES & CONDOLENCES
1 Entry
Grief can be so hard, but our special memories help us cope. Remembering you and your loved one today and always. Please except my condolences.
Simone Taylor
October 20, 2021
Showing 1 - 1 of 1 results