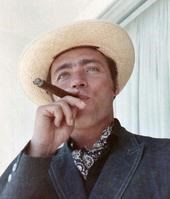 BORN
1934
DIED
2021
FUNERAL HOME
Anderson Funeral Home
611 Robert Smalls Parkway
Beaufort, SC
Russ Gangi
1934-2021
Russell R.E. Gangi, Esq. and Saloon Keeper, passed away peacefully in the company of his family at the age of 86 in Beaufort, S.C., on January 18 from the effects of Alzheimer's disease. Born on October 16, 1934, in the East Harlem section of New York City to Charlotte O'Malley Gangi (from Clinton, Mass.) and Joseph Gangi of New York, he was named Rosario at birth; he was given the dual middle name of Robert Emmet in honor of the great Irish patriot.
"Rusty," as he was known as a boy, was a talented acrobat and tap dancer and performed as "Uncle Sam" for President Franklin D. Roosevelt and Mayor Fiorello La Guardia. A lover of all sports, he excelled at baseball. Possessing a rocket arm, Russ could play any position on the field despite his small stature. He was the catcher on the All Hallows High School team that played for the New York City Catholic High School Championship in Ebbets Field in 1952.
Russ was later the third baseman and captain of his baseball team at St. Michael's College in Vermont where he played against Hall of Fame pitcher Bob Gibson. He once surprised his coach by catching a flyball barehanded while playing the outfield. He earned his bachelor's degree in 1956.
After college, Russ was a bartender at two of Greenwich Village's most storied saloons, Julius' and Chumley's, where he charmed his wife, Tina. He went on to earn his law degree at the University of Kansas and became a practicing attorney in New York City where he helped his clients open numerous restaurants and bars over five decades. For 20 years (1964-84), he also presided over Guy Fawkes Pub, a Stuyvesant town landmark noted for its fun-loving clientele, massive hamburgers, battling fast-pitch softball team, sharpshooting darts players, and rambunctious Super Bowl parties.
Russ moved to Westport, Conn. in 1973 with his wife and three children where he remained for most of his life. He coached youth baseball and was beloved by his players (including his sons) for his competitiveness, knowledge, and love of the game. In later years, he was a regular Sunday morning softball player at Westport's Compo Beach, still fielding hot grounders, sliding into bases, and hitting line drives well into his 70s.
Russ is survived by his wife Tina Gangi (who now resides in Greensboro, N.C.), his sister Marie Gangi Diaz, his brothers George and John Gangi, and his children Jay, Ted, and Lia Gangi. Additionally, Russ had two adoring granddaughters, Kira and Kylie. Nieces and nephews include Christina Gangi, Liza Heiskell Gangi, Gloria Gangi, Larry Gangi, and Vincent Gangi.
Donations can be made to Russ' hospice providers - Agape Care, 110 Dillon Drive, Spartanburg, S.C. 29307.
Published by Westport-News on Sep. 8, 2021.
To plant trees in memory, please visit the Sympathy Store.
MEMORIAL EVENTS
To offer your sympathy during this difficult time, you can now have memorial trees planted in a National Forest in memory of your loved one.
Funeral services provided by:
Anderson Funeral Home
MAKE A DONATION
MEMORIES & CONDOLENCES
Sponsored by Anderson Funeral Home.
0 Entries
Be the first to post a memory or condolences.