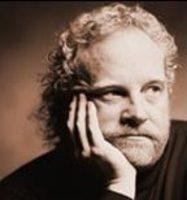 Watts Wacker, Jr.
Watts Wacker, Jr, 64, of Westport, CT, died suddenly Oct. 15 at home. Watts was born and raised in Bloomfield Hills, MI. He attended Western Reserve Academy, Tulane University and received an MBA from the University of Texas-Austin.
His marketing career included Ventura Coastal, Schering-Plough and Kenner Toys. Watts moved with his family to Westport, CT in 1986, taking a position at Yankelovich Partners, followed by Stanford Research Institute (SRI) International, a Menlo Park think-tank. Finally, he opened his own consultancy, FirstMatter LLC, and became a well-known futurist, public speaker, and innovator for Fortune 500 companies.
He authored/co-authored four books, the best known being The 500 Year Delta.
He was a long-time member of the Unitarian Church in Westport.
He leaves behind his beloved children Charles "Cal" Watts Wacker III of Wilton, Lee Carolyn Wacker of Philadelphia, his former wife of 32 years, Elizabeth "Betsy" Wacker (nee Baumhardt) of Wilton, and his niece, Kirsten Hanson Molz of Pasadena, CA and her family. He is predeceased by parents Charles Watts Wacker Sr. and Jane Sewell Wacker, as well as his only sibling, Pamela Wacker Hanson. He also leaves behind his recent wife of this past fall, Elizabeth Smith-Troy.
No funeral is planned. A service of remembrance may be arranged by his two children.
Please send condolences/remembrances to: [email protected]
Memorial contributions can be made to: uslacrosse.org
Cal, Lee and Betsy are grateful he is at peace.
Published by The Hour & Westport-News from Oct. 25 to Oct. 27, 2017.
To plant trees in memory, please visit the Sympathy Store.
MEMORIAL EVENTS
To offer your sympathy during this difficult time, you can now have memorial trees planted in a National Forest in memory of your loved one.
MAKE A DONATION
MEMORIES & CONDOLENCES
13 Entries
I have only just become aware of Watts moving on when i was back today in New York. I recall my first meeting in Hedsor House, near London, with this unique persona ,stories and wisdom. I think 1995. For several years he played the court jester with me as i lead a team to a new place; the world of Technology as a service. Today we call it Cloud , PaaS, SaaS, in 1995 it was the future. I saw him most years since as I travelled or he did to London. Moy whole family
He was one of the most influential people in my life. His humanity , love , wisdom and insights were infectious. I am proud to have had him as a mentor but most importantly as a friend . Like all great artist and philosophers his full recognition in this worlds ,beyond his close family and friends, is yet to come. Watts , thank you I can not tell you how much i appreciate what you gave me . Keith
Keith Todd
Friend
April 24, 2018
Watts was the most unique person I ever met, a true original. Who else wears shorts all year long in New England. A great guy all around, plus a fellow UT grad to boot.
Tom Cook
November 27, 2017 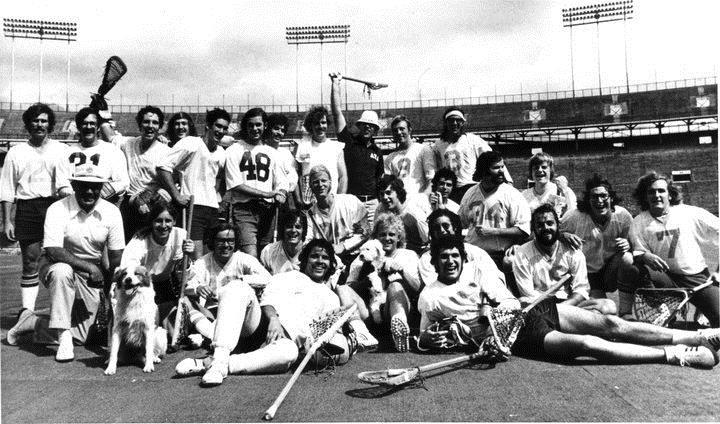 I've known Watts since he was a teenager at Tulane. A brilliant raconteur, athlete and lifelong friend. Never a dull moment exploring adventure with Watts. His outstanding career never surprised me. With a heavy heart, I wish the very best for his soulmate and wife, Elizabeth.
Joe Lee
November 8, 2017
Watts had that rare gift for capturing the essence of something in a few words. 25 years ago, after the launch of the "Just Do It" campaign, he pointed out that Nike was in fact not a sports and fitness company.

"It's an energy company," he said simply. I'll never forget that.

Give my best to Plato, Socrates and Aristotle, Watts. Save me a seat.
Scott Bedbury
Friend
November 7, 2017
Watts, you were an original, through and through.
You're off no doubt to a new adventure in the great beyond. I guess the dress code in the hereafter now includes Hawaiian shirts and sandals.
My condolences to the people who loved you and who were loved by you. May your memory be a blessing to them all.
November 5, 2017
So sad to hear about the passing of Watts Wacker . A genius and inspirer...there is a whole group of us Brits who are truly indebted to his crazy notions but most of all his intellect. I would like to say a big thank you to him on behalf of us :- Judith, Hillary, Susan, Belinda, Judy, Paul and Louise. God Bless.
Victor Herbert
Friend
November 4, 2017
I knew Watt's professionally as a business futurist, storyteller extraordinaire and brand shaman. I watched him shift the energy and optimism in seconds with blinding anecdotes and short stories. The gift of his magic was transformation. As we were driving to dinner in Portland once I proclaimed, "In the world of mules, there are no rules." He jumped in excitement at my statement. I asked him what was the matter. He said, the mule is my spirit animal. The portrait above reveals this side of Watts. He was obstinate in his lifelong search for insight and truth. He will be missed.
Jerome Conlon
Coworker
November 3, 2017
Watts came to Savannah in 2000 to prepare us for the oncoming tourist invasion. He quietly inspired much of what has happened since ...
M D Suwyn
November 3, 2017
Watts was a friend, colleague, inspiration, and the most unique person I have been fortunate to know. Creative,intriguing and visionary. In his case, the often over-used term "guru" truly applies.
Cynthia Bates
November 3, 2017
Rip watts. One of finest men I've ever met. A man who truly enjoyed life and shared that gusto with those who knew him.
Terry Scott
November 2, 2017
WATTS was a good friend and co-worker from our days at Kenner Toys. He was one of my biggest supporters and cheer leaders. We had some great times consuming mass quantities of meat, exchanging jokes etc. He took me to the 1988 All Star Game in Cincinnati. I will miss him although we didn't keep in close touch. He recently called me to congratulate me on my son's Oscar award. A true one in a million!
Tom Osborne
Coworker
October 31, 2017
May he R.I.P and may God comfort and console mourning family and friends.
October 30, 2017
Funny kind insightful man. Glad to have known and worked with him.
Paco Underhill
October 26, 2017
Showing 1 - 13 of 13 results