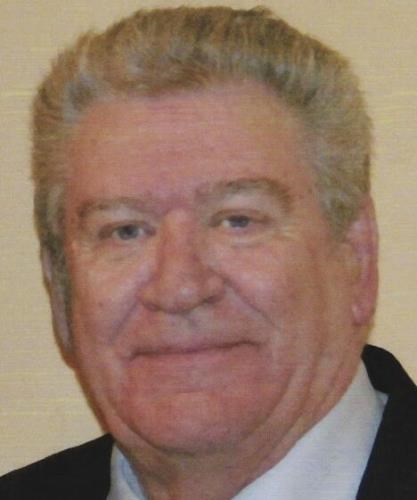 Al attended Blair Elementary School and Central High School in St. Louis, MO, from where he graduated in 1956. After graduation, he worked at Bussmann Fuse Company and at the Bank of St. Louis. After a short time in the Army Reserve, Al became a draftsman for Patent Scaffolding Company, where he had the privilege of working on various jobs in Missouri, Arkansas, and Tennessee. He then joined the St. Louis Post Dispatch where he was employed for 34 years. While he was there, he was the Union Chapel Chairman before retiring in 2000.

Al was married to Mary Morton in 1962, and they had three children. They were later divorced, and Al married Connie Krietmeyer in 1987. She died suddenly and unexpectedly in 1990.

Al loved spending time at Lake of the Ozarks, and he vacationed there many summers with his family. After retirement, he purchased a house there and made Lake Ozark, MO his primary residence. Al was a member of the Chamber Active Volunteers in Lake Ozark. He met the love of his life and significant other, Sandra "Sandy" Hoots at a CAV meeting on September 11, 2001, also known as Patriot Day. They had been together for 20 years.

Al's favorite holiday was Christmas, and he loved to decorate the tree and house. He had a collection of Santas and snowmen that he used to display around the house. For several years, he even put up an extra tree decorated with pet ornaments for the dog and cat. He also decorated the outside with lights and a holiday flag. Al and Sandy baked a lot of Christmas cookies, some of which were mailed to their grandsons serving in the United States Air Force in Qatar and Iraq.

Al was preceded in death by his parents, and his sister, Judy Dile Mareno.

Published by Herald-Whig from Sep. 13 to Sep. 15, 2021.
To plant trees in memory, please visit the Sympathy Store.
MEMORIAL EVENTS
Sep
18
Visitation
10:00a.m. - 11:00a.m.
Hansen-Spear Funeral Home
1535 State Street, Quincy
Funeral services provided by:
Hansen-Spear Funeral Home
MAKE A DONATION
MEMORIES & CONDOLENCES
Sponsored by Hansen-Spear Funeral Home.
1 Entry
Al was a great neighbor and friend. We met when he had a condo at the lake of the ozarks. He was well liked throughout the condo complex and was always willing to help anyone who needed it. He will be sorely missed.
ILeen dunman
September 18, 2021
Showing 1 - 1 of 1 results