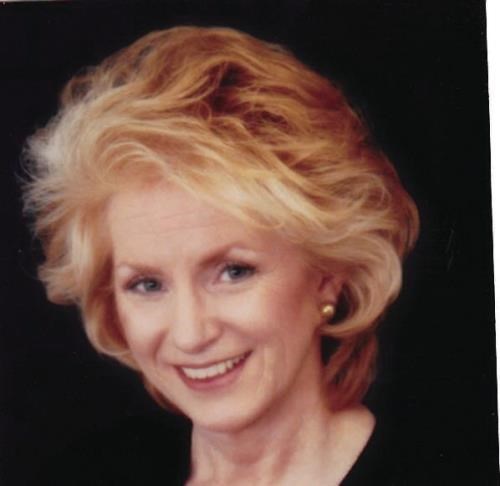 Born January 10, 1950, in Jonesboro, AR. to Samuel and Lila Glover Woollums. She married William H. Pittman on November 8, 1997 in Quincy. He survives.

Brenda owned and operated Brenda's Touch Beauty Salon in Quincy for many years. She was a graduate of Rockford West High School in Rockford, IL. and Gem City Beauty Academy in Quincy. She was of the Methodist Faith. She was a longtime and active member of the Quincy Elks Lodge #100 and served as lodge secretary receiving the "Secretary of the Year" award in the State of Illinois.

She was preceded in death by her parents; four brothers, Bill, Lavada, Leymone, and Terry Woollums.

Memorial donations may be made to the Quincy Elks Lodge #100 Veterans Fund.

Online condolences may be left at www.hamiltonfuneralhomes.net.

The Lummis Hamilton Funeral Home in Camp Point is handling the arrangements.

Published by Herald-Whig from Sep. 2 to Sep. 18, 2021.
To plant trees in memory, please visit the Sympathy Store.
MEMORIAL EVENTS
Sep
25
Celebration of Life
6:30p.m.
Elks Club
311 N. 2nd, Quincy, IL
Funeral services provided by:
Lummis Hamilton Funeral Home
MAKE A DONATION
MEMORIES & CONDOLENCES
Sponsored by Lummis Hamilton Funeral Home.
10 Entries
bill sorry to hear of your loss may the future give you the peace you are due oop and gloria gunn corpus christi tx
oop gunn
Friend
September 22, 2021
Sending prayers and comfort to the Pittman family at this sad time.
Rick &Annette Duncan
September 21, 2021
We were saddened to hear of Brenda's passing. We always enjoyed seeing her at the Elk's. Bev and I offer our deepest condolences to Bill and all of the family. She will be missed but remembered fondly.
Steve & Bev Helkey
Other
September 8, 2021
My sincere condolences to Bridgett and Aunt Helen and All Family of Aunt Brendas . GODS STRENGTH BE WITH YOU ALL ,IN THIS VERY SAD TIME .
Tammy Powell Family
September 6, 2021
Bill, this is Tina Phillips' mom, so sorry to hear about Brenda. She was our realtor when we moved to Quincy. She was just a lovely lady.
Jewel Rinne
September 5, 2021
Hi Bill...so sorry for your loss..My thoughts and prayers are with you and your family.
Jeanne Gilbert
Friend
September 5, 2021
You and your family are in my thoughts. My sympathy to you and your family. Susan Lee
Susan Lee
September 4, 2021
Bill so sorry for your loss of Brenda. Keeping you in our thoughts and prayers!
Sharon Kendall
September 4, 2021
Bill, I am thinking of you. Hope friends and family will help you get through your loss. Love and Peace Jackie
Jackie Parn
September 4, 2021
Our Thoughts and Prayers are with you Bill and the Family!
Mike and Julie Reiter
Friend
September 3, 2021
Showing 1 - 10 of 10 results