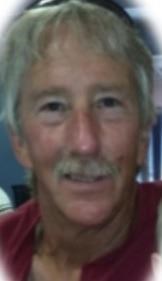 BORN
1960
DIED
2020
Daniel Kent Smith, 59, of New Canton, passed away Friday, July 10, 2020, at Hannibal Regional Hospital in Hannibal, Mo. He was born Sept. 22, 1960, in Hannibal to Jimmie and Charaldine Morgan Smith. Daniel graduated from West Pike High School in 1978. He farmed with his brother and father on the family farm, then went on to join Local 1008, which he was president of. He loved working and perfecting every one of his projects and was very proud of being the foreman on the new Louisiana, Mo. bridge. Daniel enjoyed shooting trap at the Kiser Creek Trap Range. He trained many youths the correct way to shoot and took many teams to state and national competitions, winning numerous awards including a national championship. In earlier years, he coached his son Garret's baseball team no matter the drive from his current job. He never missed a single practice or game. Daniel enjoyed hunting, boating, and he collected guns. He was a family man in every way and loved going to every family fish fry. He was hard working and selfless, always willing to help anyone and put everyone before himself. Daniel will be missed greatly by those who loved him. Survivors include his parents, Jimmie and Charaldine Smith; son, Garret Smith of New Canton; fiancee, Leslie Himmel of New Canton; brother, David (Karen Stupavsky) Smith of Quincy; special nephews, David Kyle (Lyndsay) Smith of Barry and Lance (Erin) Smith of Camp Point; aunts, Linda (Ron) O'Rear of Sioux City, Iowa, Barbara (Rico) Metcalf of Boston, Mass., and Kathy Jo (Jeff) McPhearson of Quincy, Ill.; uncle, James (Barbara) Morgan of Taylor Ridge; and numerous nieces, nephews and cousins. He was preceded in death by his daughter, Danielle Smith, in 1992; paternal grandparents, Marshall and Lela Smith; and maternal grandmother, Kathryn Morgan. Graveside services will be at noon Thursday, July 16, in Shearer Cemetery near New Canton. Memorials are suggested to Make-A-Wish Foundation or New Canton Fire Department. Niebur Funeral Home, Barry, is handling arrangements. Condolences may be expressed online at nieburfh.com and whig.com.

To plant trees in memory, please visit our Sympathy Store.
Published by Herald-Whig from Jul. 15 to Jul. 17, 2020.
MEMORIAL EVENTS
Jul
16
Graveside service
12:00p.m.
Shearer Cemetery
, near New Canton, Illinois
Funeral services provided by:
Niebur Funeral Chapel
GUEST BOOK
2 Entries
Jimmie and Charaldine, so sorry to read of the passing of your son. My prayers are with you.
Pat Harlan
July 16, 2020
Jimmie and Charaldine we are so very sorry to hear of Danny's passing, Our Prayers and thought are with you and the Family,
Larry and Barb Davenport.
July 15, 2020