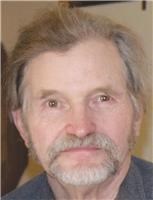 BORN
September 6, 1940
DIED
October 26, 2020
Donald Ray Cogburn, age 80, of Quincy, died Monday, October 26, 2020, at 12:32 pm in Blessing Hospital. He fought a long and courageous battle with cancer and is now home and waiting for us in Heaven.
Donald was born September 6, 1940, the son of Frank and Beatrice Bertch Cogburn. He married Christie Neece Allensworth on February 10, 1997 in Hannibal, MO. She survives.
He attended the one room schoolhouse in Loraine and later graduated from Unity High School in Mendon. He was a member of Bethel Church Quincy for over 40 years, serving as an Usher and in whatever capacity they asked of him. Donald carried his daughter, Cindy Cogburn's, original bible with him for 50 plus years while attending Bethel Church. In his
younger years, Donald enjoyed riding horses and trapping. Also as a young man, Donald loved to play the guitar; he and his friends would often play music together at local events and activities. Donald worked at Titan Wheel for 61 years, and would never miss a single picnic outing they hosted. He was an avid bowler. and an enthusiastic John Wayne fan which earned him the nickname "Rooster". In his spare time Donald enjoyed hunting for arrowheads, and other Indian artifacts, as well as coin hunting with his metal detector. He was a die hard St. Louis Cardinal fan and had amassed quite a collection of Cardinal memorabilia over the years. Donald inherited his family's 1939 Plymouth, hoping that one day he would be able to see it fully restored. He also had an impressive collection of Aladdin kerosene lamps. The Cogburns enjoyed going to auctions together and you can bet that if an Aladdin lamp came up for auction Don would try his darnedest to get it. Donald and Christie loved traveling to Florida, spending much of their time walking the beach looking for seashells and shark teeth.
Survivors in addition to his wife include: a step-son, Russell W. Allensworth of Lake Saint Louis, MO; a step-daughter, Rhonda Allensworth of Coatsburg, IL; a sister, Arlene Staff of Eureka, IL; a brother, Clifford (Nancy) Cogburn of Waverly, IL; a granddaughter, Taylor Lynn Jackson of Colchester, IL; and numerous nieces and nephews
Donald was preceded in death by his parents; a daughter, Cindy Cogburn; a sister, Evadora Jenkins; and two nephews, Ronnie and Randy Jenkins.
A memorial service will be held at a later date.
Memorials: Bethel Church Quincy
Hansen-Spear Funeral Directors are in charge of the arrangements.
To plant trees in memory, please visit our Sympathy Store.
Published by Herald-Whig from Nov. 2 to Nov. 4, 2020.
MEMORIAL EVENTS
No memorial events are currently scheduled.
To offer your sympathy during this difficult time, you can now have memorial trees planted in a National Forest in memory of your loved one.
Funeral services provided by:
Hansen-Spear Funeral Home
GUEST BOOK
0 Entries
Be the first to post a memory or condolences.