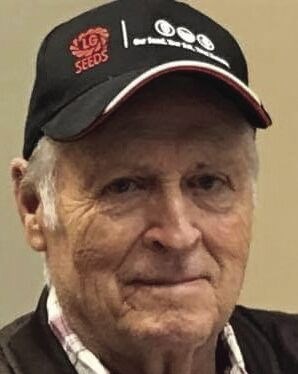 Don was preceded in death by his parents, a very loving brother, Danny Miller, his in-laws, Hank and Ella Mae Fisher, his brother-in-law, Jim Fisher and several nieces, nephews and cousins. Don graduated from High School at Knox City, MO. Don and Marilyn moved to the Colony area in the fall of 1967 and have lived on the same farm since 1974. In his earlier working years, he drove a propane truck and farmed with his Dad. Don and Marilyn farmed, raised cattle, sheep and hogs over the years. He loved his family very much and enjoyed attending his grandchildren's activities and taking them on tractor rides and fishing.

Don never met a stranger and was known for his humor and for being "one of the great ones". He loved trapshooting, playing pitch, fishing, quail hunting and spending time with his friends and family. Don owned and operated M and F Trapfield for 30 years on their farm, with his neighbors and friends always pitching in to help. His trap shoots were well known for the great food and Friday derbies. He had many friends near and far.

Graveside services will be held at 2 pm, Monday, September 27, 2021, in the Colony Cemetery. Reverend Doug Wilson will officiate the service. There will be no formal visitation.

Honorary pallbearers will be his grandchildren.  Arrangements are under the direction of the Hudson-Rimer Funeral Home in Edina, MO.

Memorials are suggested to the Colony 4H, Knox County Health Department or the Knox County Local Cancer Fund in Don's honor.  Memorials may be left at or mailed to Hudson-Rimer Funeral Home, P.O. Box 1, Edina, MO 63537. Online condolences may be left at www.hudsonrimerfh.com

Published by Herald-Whig on Sep. 24, 2021.
To plant trees in memory, please visit the Sympathy Store.
MEMORIAL EVENTS
Sep
27
Graveside service
2:00p.m.
Colony Cemetery
Colony, MO
Funeral services provided by:
Hudson-Rimer Funeral Chapel - Edina
MAKE A DONATION
MEMORIES & CONDOLENCES
Sponsored by Hudson-Rimer Funeral Chapel - Edina.
1 Entry
I extend my sincere condolences to you Mariilyn, your children , grands and all who loved you and Don. May God grant you strength, peace and courage to face each day, one day at a time.
Lorene E Cox
September 25, 2021
Showing 1 - 1 of 1 results