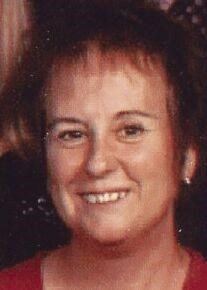 Glenda was born September 5, 1958, in Muscatine, Iowa, the daughter of R. Paul and Bernice Lenore (Waits) Washburn. She graduated from Hamilton High School. On April 20, 1977, she was united in marriage to Seldon Conover. To this union three children were born, Lynette Joy, Corrie Elizabeth and Roman Paul Conover. They later divorced. On April 14, 2002, she was united in marriage to Reverend Jerald Bown in Hamilton, Illinois. They moved to Brookfield, Missouri and filled their home with more love in which they fostered Abraham, Brain and Angela who still call them mom and dad. Glenda worked in many hospitals and clinics in the local area. Her favorite and most rewarding job was at the Calvary Baptist Daycare in Hannibal, Missouri caring for many children. Glenda's greatest love was her grandchildren and attending all of their many events. She enjoyed working in the dirt tending to her flower beds and vegetable garden, and spent many hours canning as well. It wasn't very often where you wouldn't find Glenda without a lap full of Fat Cats. She always had her home open to children and animals needing love and support. Glenda stayed optimistic during her four-year battle with cancer and you could always count on her for a kind smile and a witty comment.

She was preceded in death by her parents; and an infant son in 1985, Roman Paul Conover.

Funeral services will be held at 11:00 AM Wednesday morning, September 15, 2021, at Printy Funeral Home in Hamilton with burial to follow at Oakwood Cemetery in Hamilton. Visitation will be held Tuesday evening from 3:00 – 8:00 P.M. with family meeting friends from 6:00 – 8:00 PM. Memorials may be directed to the family of Glenda Bown to help with funeral expenses. Printy Funeral Home of Hamilton is in charge of arrangements.