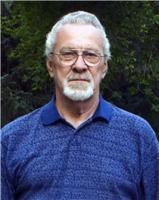 BORN
1939
DIED
2020
Harold Eugene "Gene" Henze, 81, of Ammon, passed away September 6, 2020, at his home surrounded by his loving family. He was under the care of Aspen Home Health & Hospice. Gene was born May 27, 1939, in Ursa, Illinois, to Harold Frederick Henze and Ruth Eleanor Cramsey Henze. He grew up and attended schools in Quincy and graduated from Quincy High School. He was a gifted baseball player and played four years of baseball, three of which were Varsity. He began coaching baseball the summer after Sophomore year for Babe Ruth, and then he played three years of Babe Ruth and won the city championship all three years. He was voted the Most Valuable Player two out of four seasons. After high school, he was drafted by the San Francisco Giants. He attended Western Illinois University in Macomb, Illinois, where he earned his Bachelor of Science Degree in 1961. He played American Legion Baseball for two years. While playing Legion ball, he played six years semi-pro with two teams, one in Quincy and one in Hannibal, Missouri. He played four years of varsity baseball and four years in the Summer Collegiate League. On September 2, 1961, he married Carole Ruth Blickhan in Quincy, Illinois. Gene and Carole made their home in the Quad Cities (Illinois) where Gene taught Mathematics and Mechanical Drawing at Alleman High School. While there, he coached varsity baseball with a record of 102 wins and 53 losses. He coached Freshman football, Freshman basketball, and Varsity baseball under the outstanding Athletic Director, Don Morris. They made three appearances in the Illinois State Baseball Tournament, and won three conference championships. From 1970-1984, he served as Director of Community Recreation Programs and Facilities and Baseball Coach at Black Hawk College with a total record for all 14 years: 410 wins and 143 losses, 12 Conference Championships, 11 appearances in the Illinois State Tournaments (one 2nd Place, three 3rd places, and two 4th place finishes), coaching three All-American players, fourteen professional players, numerous All-Conference players, and 22 All-State players. Gene developed a group of coaches to organize an Illinois State All-Star game that was played at the Chicago White Sox field the first year, and at the Chicago Cubs Wrigley Field since. He was Head Coach for five years and Assistant Coach for three years. He was appointed Illinois Sectional Baseball Chairman for twelve years, member of the State All-Star Selection Committee for twelve years, designed, supervised, and assisted in the construction of the baseball field, which was a model for many future fields built in the surrounding area. He was inducted into the Black Hawk College Hall of Fame in 2002, and he was inducted into the National Junior College Athletic Association Hall of Fame in 2008. Gene was an Associate Scout for the Baltimore Orioles for six years, he broadcast Class A Baseball for the local professional team and two telecast games during the 1982 strike year, and broadcast Moline High School basketball games for four years. After retiring, he and his wife began collecting Classic Mustang cars, which developed into a small business selling Mustang parts to other Classic Mustang enthusiasts. He also enjoyed recreational softball and collecting baseball cards. Gene is survived by his loving wife, Carole Henze of Ammon; children, Tere Shade of Leander, TX, Dan (Nettie) Henze of Idaho Falls, Chris (Eric) Kun of Twin Falls, ID, Sherri (Mike) Bennett of Idaho Falls, Tim Henze of Ammon, ID; sister, Patt Rieck of Geneseo, IL; 16 grandchildren and 7 great grandchildren. He was preceded in death by his parents, Harold and Ruth Henze. Private family services will be held. Condolences may be expressed online at whig.com.

To plant trees in memory, please visit our Sympathy Store.
Published by Herald-Whig from Sep. 17 to Sep. 19, 2020.
MEMORIAL EVENTS
No memorial events are currently scheduled.
To offer your sympathy during this difficult time, you can now have memorial trees planted in a National Forest in memory of your loved one.
MEMORIES & CONDOLENCES
1 Entry
Sorry to hear of Gene's passing. Fond memories of the time we lived in the same rooming house at Western Illinois University.
Larry Ehmen
Friend
September 17, 2020