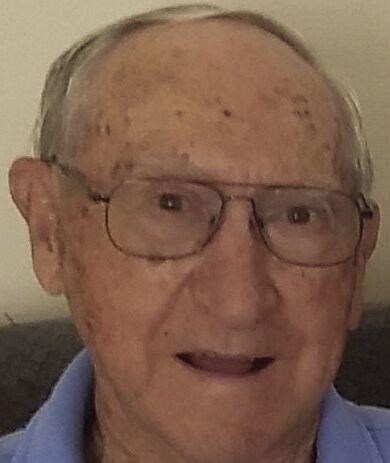 John married Paula "Jane" Maguire on July 14, 1956, in St. Boniface Catholic Church. The couple spent 62 wonderful years together. She preceded him in death on January 10, 2019. In their younger years, they bowled in a couple's league, played golf, and enjoyed camping. They would get together often with friends and play cards and go out to eat.

John was retired from the U.S Postal Service from his work as a mail carrier.

John served his country in the U.S. Army. He was a member of Blessed Sacrament Parish and the Postal Carrier's Union.

In his later years John loved to go fishing and dancing at the Senior Center. He maintained an active social life with friends and loved family gatherings and time spent with his grandchildren. John was an avid St. Louis Cardinals fan, and enjoyed reading, especially Westerns and Mysteries.

A Mass of Christian Burial will be on Monday, October 18, 2021 at 10:00 a.m. in Blessed Sacrament Church with Father Tom Meyer officiating. Interment will be in Calvary Cemetery. Visitation will be Sunday from 3:00 to 6:00 p.m. at Duker and Haugh Funeral Home. Those attending the services are asked to please wear a face mask. Memorials are suggested to Blessing Foundation for HOSPICE, the Quincy Public Library or to the Quincy Senior Center. Messages of sympathy may be shared online atwww.dukerandhaugh.com