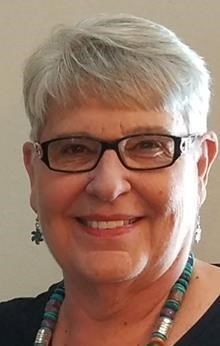 BORN
1946
DIED
2018
FUNERAL HOME
King-Lynk Funeral Home
3507 Avenue L
Fort Madison, IA
Karen Kay Bonta, 71, of rural Fort Madison, died unexpectedly Tuesday, March 13, 2018, in Arizona, the result of a car accident while enjoying a morning walk with her husband, Bob. She was born Oct. 19, 1946, in Keokuk, to Carrel and Leona Meeker Bruder and was raised by Carrel and Helen Leona Bruder. Karen graduated from Morris, Ill., community high school in 1964, then attended Culver-Stockton College where she acquired a degree in business education. Karen joined Chi Omega sorority during her time at college and met the love of her life, Robert Lee "Bob" Bonta. Karen and Bob were wed on July 29, 1967, in Morris, while both were attending graduate school at Western Illinois University. With her graduate degree as an education counselor, Karen began her career teaching business in Dallas City, Ill. Karen retired as a guidance counselor at Fort Madison High School and Fort Madison Junior High. After retirement, Karen enjoyed playing the piano at First Christian Church, study club, being a member of the Red Hat Society and was a member of the Daughters of the American Revolution (DAR). Karen and Bob enjoyed traveling the globe with their close friends and family. In addition to spending the last several winters in Fountain Hills, Ariz., they had visited Africa, China, South America, Antarctica, Australia, Egypt, Alaska, Europe, Caribbean and Mexico. Karen's priority was being a great wife, mother, grandmother, sister, aunt and friend. Family and friends looked forward to her ham balls, chocolate chip cookies and apple dumplings. She was an avid lover of jewelry and "cute things." One of her favorite things to do was sharing her immense knowledge of jewelry with her granddaughters. Karen and Bob traveled extensively to attend their grandchildren's activities including sporting events, musical performances and stage plays. Karen would light up a room within minutes of entering with her positivity and generosity of spirit. Karen is survived by her mother, Helen Bruder of St. Paul, Minn., and her siblings, Kent McCormick (Holde) of Germany, John (Lynn) Bruder of St. Paul and Barb (Roger) Rogotzke of Sleepy Eye, Minn. She is also survived by her three children, Grant (Amy) Bonta, Barb (Jeff) Snyder and Amy (Nic) Ferin. She is also survived by 10 grandchildren, Carter, Chandler and Camden, children of Grant and Amy; Harrison, Alexa and Ainsley, children of Barb and Jeff; and Olivia, Madisen, Dexter and Stella, children of Amy and Nic. Karen was preceded in death by her mother, Leona Meeker Bruder, and her father, Carrell Bruder. SERVICES: 10:30 a.m. Saturday, March 24, at First Christian Church, 608 10th St., Fort Madison, with the Rev. John Simpson conducting. Burial will be in Claypoole Cemetery in rural Wever. VISTATION: After 3 p.m. Friday, March 23, with family present 4 to 7 p.m., at First Christian Church. MEMORIALS: A memorial has been established in Karen's memory. WEBSITE: kinglynk.com. ARRANGEMENTS: King-Lynk Funeral Home and Crematory, Fort Madison. Condolences may be expressed online at whig.com.

To plant trees in memory, please visit our Sympathy Store.
Published by Herald-Whig from Mar. 21 to Mar. 23, 2018.
MEMORIAL EVENTS
Mar
23
Calling hours
3:00p.m. - 7:00p.m.
First Christian Church
608 10th Street, Fort Madison, IA
Mar
23
Visitation
4:00p.m. - 7:00p.m.
First Christian Church
608 10th St., Fort Madison, IL
Mar
24
Service
10:30a.m.
First Christian Church
608 10th St., Fort Madison, IA
Funeral services provided by:
King-Lynk Funeral Home
MEMORIES & CONDOLENCES
Sponsored by King-Lynk Funeral Home.
24 Entries
As the days and weeks pass, and as you return to life's routine, may you continue to feel comforted by the love and support of family and friends. Always will be with you as I remember my friend and Bob and their wedding , We had many good times and she was an awesome classmate and they did so much for the community,etc. Wonderful couple. My love to you all. Love, Lianne
Lianne Moyer
Classmate
March 10, 2019
Deepest Sympathy to their family dealing with this . Prayers are with you
Sharon Lee
July 17, 2018
So sorry for the loss of Karen and Bob they were good people! What a loss our prayers will be with the family!
Lou Baxter
Friend
March 26, 2018
There are no words to say that can ease the pain of loss we all feel when we lose 2 of the most wonderful people I was so blessed to know for many years. Wish I could have seen them more often over the years. We had great times in high school and I can still hear her voice. Bob was a super friendly person- their smiles lit up the room . God bless you all. Love, LianneLeach Moyer
Lianne Moyer
March 25, 2018
My deepest sympathy to the Bonta family. Bob and Karen were educators from head to toe, and mostly from the heart. Such fun-loving and caring people. A tragic loss to all who knew them.

Fred and Kitty Winke
Fred Winke
Friend
March 15, 2018
My heart absolutely breaks for you and your entire family...

Angie & I pass along thoughts & prayers.

They were always very kind to me...I always thought very highly of them.