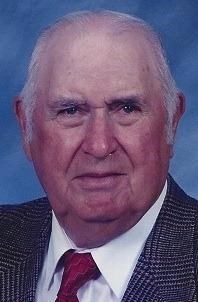 BORN
1929
DIED
2016
FUNERAL HOME
Duker & Haugh Funeral Home
823 Broadway
Quincy, IL
DURHAM, Mo. -- Raymond A. Schmidt, 87, of rural Durham, died at 3:05 p.m. Friday, Oct. 7, 2016, at his home. He was born June 9, 1929, in Liberty, Ill., a son of Carl and Alice (Ormond) Schmidt. He married Margaret Kathleen O'Brien on June 29, 1957, at Queen of Peace Catholic Church, Ewing. She preceded him in death April 15, 2002. Mr. Schmidt was a graduate of Liberty High School. He served in the U.S. Army during the Korean era. He retired from Celotex after 41 years of service. He was also a lifelong farmer, who greatly enjoyed the day-to-day activities of the farm. Mr. Schmidt was a man dedicated to his faith. He was also an avid sports fan. He loved St. Louis Cardinals baseball. He followed many of the local sports teams, especially those his grandchildren played on. His greatest enjoyment was the time spent with his family, especially his six grandchildren, whom he loved and adored. The family would like to express their thanks and gratitude to all of those who helped to care for Raymond, many of whom were the same individuals who helped Raymond when he cared for his wife years ago in her illness. Raymond is survived by six children, Michael Schmidt of Durham, Brenda Schmidt Jernigan and her husband, Robert 'Red,' of Hannibal, Carolyn Schmidt of O'Fallon, Sandra Boone and her husband, Alan, of Maywood, Judy Spilker and her husband, Steven, of Camp Point, Ill., and Linda McCulla and her husband, Michael, of Quincy, Ill.; six grandchildren, Garrett Boone, Katelyn Boone, Avery Spilker, Hayden Spilker, Alaina McCulla and Alex McCulla; three sisters, Joan Siebers, Patricia Barry, and Esther Hofmeister and her husband, Myron; a brother-in-law, John Ryan; and numerous nieces, nephews, cousins and other relatives. In addition to his wife, Raymond was preceded in death by his parents; a grandson, Andrew McCulla; brothers, Donald in infancy, Eugene Schmidt along with his wife, Mary Florence, and Rufus Schmidt along with his wife, Germaine; sisters, Rita Huber along with her husband, Herman, and Arlene Ryan; and brothers-in-law, Harold Siebers and Paul Barry. SERVICES: 9:30 a.m. Wednesday, Oct. 12, at Duker and Haugh Funeral Home and 10 a.m. at Church of St. Peter. Interment will be in Calvary Cemetery with military rites conducted. VISITATION: 4 to 7 p.m. Tuesday, Oct. 11, at the funeral home. MEMORIALS: Church of St. Peter or a charity of the donor's choice. ARRANGEMENTS: Duker and Haugh Funeral Home. WEBSITE: dukerandhaugh.com. Condolences may be expressed online at whig.com.