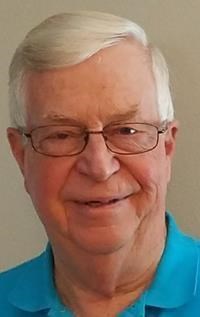 BORN
1945
DIED
2018
FUNERAL HOME
King-Lynk Funeral Home
3507 Avenue L
Fort Madison, IA
Robert Lee Bonta, 72, of rural Fort Madison, died unexpectedly Tuesday, March 13, 2018, in Arizona, the result of a car accident while enjoying a morning walk with his wife, Karen. He was born April 11, 1945, in Quincy, Ill., to Robert G. and Jessie L. Snodgrass Bonta. Robert attended Culver-Stockton College where he acquired a degree in education, joined the Tau Kappa Epsilon fraternity and met the love of his life, Karen Kay Bruder. Robert and Karen were wed on July 29, 1967, in Morris, Ill., while both were attending graduate school at Western Illinois University. With his graduate degree in counseling education, Robert began his career as an elementary teacher in Lomax, Ill. Robert "Bob" retired as the education administrator for the Great River AEA in Burlington. After retirement, Bob was passionate about community programs, the First Christian Church and being active with Fort Madison Community Hospital. He was a member of the Fort Madison Lions Club and enjoyed being a Senior Health Insurance Information Program (SHIIP) counselor. He also enjoyed gathering for breakfast with friends for discussion and bragging about his grandkids. Bob and Karen enjoyed traveling the globe with their close friends and family. In addition to spending the last several winters in Fountain Hills, Ariz., they had visited Africa, China, South America, Antarctica, Australia, Egypt, Alaska, Europe, Canada, the Caribbean and Mexico. Mostly, Bob enjoyed spending time with his family. Bob's priority was being a great husband, father, grandfather, brother-in-law, uncle and friend. His children and grandchildren looked forward to his waffles, convertible rides and spending time discussing his travels and history. Bob is survived by his three children, Grant (Amy) Bonta of Belleville Ill., Barb (Jeff) Snyder of Manchester, Mo., and Amy (Nic) Ferin of Marion. He is also survived by 10 grandchildren, Carter, Chandler and Camden, children of Grant and Amy; Harrison, Alexa and Ainsley, children of Barb and Jeff; and Olivia, Madisen, Dexter and Stella, children of Amy and Nic. He was preceded in death by his parents, Robert G. and Leola Bonta. SERVICES: 10:30 a.m. Saturday, March 24, at First Christian Church, 608 10th St., Fort Madison, with the Rev. John Simpson conducting. Burial will be in Claypoole Cemetery in rural Wever. VISITATION: After 3 p.m. Friday, March 23, with family present 4 to 7 p.m., at First Christian Church. MEMORIALS: A memorial has been established in Bob's memory. WEBSITE: kinglynk.com. ARRANGEMENTS: King-Lynk Funeral Home and Crematory, Fort Madison. Condolences may be expressed online at whig.com.

To plant trees in memory, please visit our Sympathy Store.
Published by Herald-Whig from Mar. 21 to Mar. 23, 2018.
MEMORIAL EVENTS
Mar
23
Visitation
3:00p.m. - 7:00p.m.
First Christian Church
608 10th St., Fort Madison, IA
Mar
24
Service
10:30a.m.
First Christian Church
608 10th St., Fort Madison, IA
Mar
24
Burial
Claypoole Cemetery
, Wever, IA
Funeral services provided by:
King-Lynk Funeral Home
MEMORIES & CONDOLENCES
Sponsored by King-Lynk Funeral Home.
12 Entries
Grant, Barb, and Amy,
I don't have appropriate words. Your parents were wonderful people and I very much enjoyed all of the time spent in their house. They always made the "gang" feel welcomed. Many fond memories.
Pete Eicher
Friend
March 22, 2018
Heartfelt sympathy and condolences to Grant, Barbara, Amy and families. Bobby and Karen were greatly loved by the Southern branch of the Bonta family in Quincy. Their grace, humor, and intelligence made our get-togethers, a few times a year, very special. Their greatest pride and light of their lives were their children and grandchildren. It was a great gift from God, to have had two such beautiful people in our lives.
Paul Duesterhaus
Family
March 22, 2018
I met bob in quincy when I worked at the nursing home his mom was at. What a kind caring man. I met his wife several times, but I would never forget how wonderful he was with his mother. Such a tragic loss.
Judy Argabright
Friend
March 21, 2018
Grant, Barb, Amy and families: I was so very sorry to hear of this tragic accident that claimed the lives of your parents. I cannot imagine what you and your children must be going through. I worked with your Dad for 18 years and know that family meant a great deal to him and your Mom. Please accept my sincere sympathy.
Kay Schweers
Ankeny IA
Kay Schweers
Coworker
March 21, 2018
We shared many Laughs and good times together as co workers at AEA 16. So sad about his and Karen's untimely passing. They will be missed. a loved one
March 21, 2018
Bob was a great leader and friend to the Great River AEA family. We enjoyed his salsa and chips every year. He was well respected by his fellow employees and LEA staff.
Bob will be greatly missed by all.
Jane Broeg
Jane Broeg
Friend
March 19, 2018
When I was a junior at Ft. Madison High School, circa 1982 - I had a career coaching session with my guidance counselor, Karen Bonta. We discovered that I was destined for something in communications - her husband Bob was my guidance counselor and fond of showing those classic "film strips" at Jackson Grade School. I was so fortunate to share a matinee of "Hamilton" with this dynamic couple just last June. These two fine role models will be missed. Rest in peace Karen and Bob Bonta.
Brian Anderson
Student
March 19, 2018
Bob and I got to know each other as summer break college workers at Celotex in Quincy. He went to Culver Stockton and I was at WIU. Bob was a couple of years older than I, and I looked to him as a mentor. Often after 2nd shift was over at 11 pm we went to his parents back yard and drank a few beers and discussed life. He was a great guy and I respected him greatly. We lost touch after college but I have often thought of him and his wisdom. I am so sorry to learn of his and Karen's tragic passing. My thoughts and prayers are with his family.
Larry Lepper
Friend
March 18, 2018
Amy and family,

My deepest sympathy to you and your family in the tragic loss of your parents.

Hugs, Jeanette ( Renee's mother)
Jeanette Gent
March 16, 2018
Bill and I lived next door to Robert and Karen in AZ prior to this awful accident. We were so sorry to hear of this tragedy. We enjoyed visiting with them and sharing our experiences and travel plans. Our condolences to the entire family. Please know that the entire Lakeside community grieves with you. Rest in peace....Bill and Naomi
Naomi Braun
Friend
March 16, 2018
My heart absolutely breaks for you and your entire family...

Angie & I pass along thoughts & prayers.

They were always very kind to me...I always thought very highly of them.