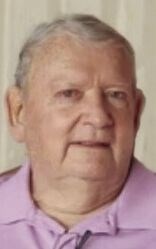 Robert was a 1957 graduate of Quincy High School. He retired from the United States Navy, after 21 years of service. Robert was a veteran of the Viet Nam War. He worked as a waste water operator for the City of Quincy for 11 years, and he retired from Glenayre Corp. in 2001. In his spare time, Robert enjoyed hunting, fishing, and spending time at casinos.

Robert was an active blood donor, a member of American Legion Post #37, and he was a life member of the V.F.W.

In addition to his wives, Robert was preceded in death by: his parents; a daughter, Lisa Stanbridge; two brothers, Michael and James Stanbridge; and a sister, Patricia Stanbridge.

Memorials: Disabled American Veterans or Wounded Warrior Project. Memorial Donations may be made online at https://memorials.hansenspear.com