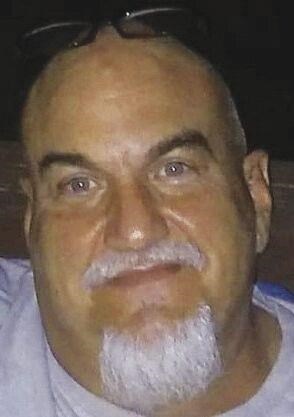 Rusty was a 1978 graduate of Quincy Senior High School. After graduation, Russel went on to serve his country in the United States Navy from 1978 until 1982. During high school, Rusty enjoyed participating in musicals and marching in the Flying Dutchman Drum and Bugle Corps. He also enjoyed spending time outdoors and going fishing.

Rusty was preceded in death by his parents and his brother, Richard Hessling, Jr.

Cremation has been accorded to Russell. A memorial visitation will be held on Wednesday, September 29, 2021 from 12:00 Noon until 1:00 PM at the Duker & Haugh Funeral Home. Graveside services to immediately follow in Calvary Cemetery with Military Honors by the Quincy American Legion Post No. 37 and the United States Navy Funeral Honors Detail. Memorials are suggested to the Adams County Chapter of the Alzheimer's Association. Arrangements are in the care of the Duker and Haugh Funeral Home.

Published by Herald-Whig from Sep. 21 to Sep. 23, 2021.
To plant trees in memory, please visit the Sympathy Store.
MEMORIAL EVENTS
Sep
29
Visitation
12:00p.m. - 1:00p.m.
Duker & Haugh Funeral Home
823 Broadway St, Quincy, IL
Sep
29
Graveside service
Calvary Cemetery
IL
Funeral services provided by:
Duker & Haugh Funeral Home
MAKE A DONATION
Please consider a donation as requested by the family.
MEMORIES & CONDOLENCES
Sponsored by Duker & Haugh Funeral Home.
2 Entries
My deepest sympathy to Robin and all of the family in the passing of Rusty. I knew Rusty as a small boy when I would come to the house with Rick. May he rest in peace.
Steve Helkey
Family
September 24, 2021
I was in music class with Rusty in Qcy Jr High School. Such a happy guy. My condolences to his friends and family. RIP
Alice Jayne Neisen
School
September 24, 2021
Showing 1 - 2 of 2 results