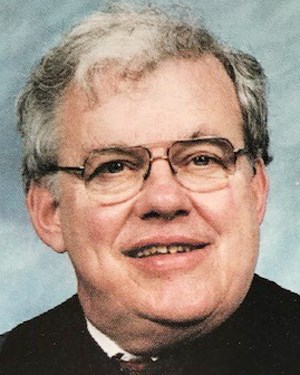 BORN
1940
DIED
2018
The Reverend Dr. Richard Olmsted, age 77, passed away January 6, 2018 at the Christian Community Homes, Hudson, WI. Richard was born August 30, 1940 in Lowell, MA to Winifred MacLeod and Louis C. Olmsted. He grew up in Connecticut and received his B.A. degree from Drew University in Madison, NJ. He graduated from Yale Divinity School with a B.D. and in 1979 received his Ph.D. from the Department of Religious Studies at the Yale Graduate School. Richard taught philosophy and theology at Colgate University and at St. Catherine's University. He was ordained at Olivet Congregational Church in St. Paul, MN in 1979 and served as minister at Chapel Hills Church in Edina, MN. In 1983 he was called to serve as Senior Minister at the Acton Congregational Church, from which he retired in 2005. Richard and Marjorie Wonser were married in 1974 and had two daughters, Allison and Christine. He is survived by his wife, Marjorie, his daughter, Christine, his brother, Louis, and sisters, Catherine Mazzotta and Ann Pedersen. He is preceded in death by his daughter, Allison and his parents. A memorial service will be held at 1:00 pm, April 21, 2018 at the Acton Congregational Church, Acton, MA.
Published by The Acton Beacon from Mar. 17 to Mar. 29, 2018.
To plant trees in memory, please visit the Sympathy Store.
MEMORIAL EVENTS
Mar
21
Memorial service
1:00p.m.
Acton Congregational Church
Acton, MA
MAKE A DONATION
MEMORIES & CONDOLENCES
0 Entries
Be the first to post a memory or condolences.