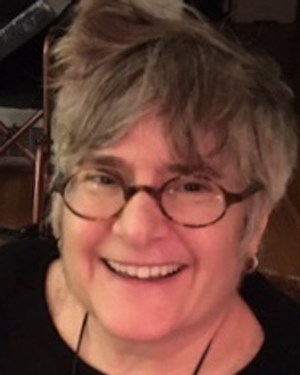 On January 15th, 2019, Dr. Barbara Tsakirgis, a proud 1972 graduate of Arlington High School, died among her loving family in her home in Nashville Tennessee after a courageous battle with ALS. Dr. Tsakirgis was a leading scholar of Greek art and archaeology and a Vanderbilt University professor for more than 30 years. She earned her B.A. (cum laude) from Yale University and her M.A. and PhD from Princeton University. While at Princeton, she studied at the American School of Classical Studies at Athens (ASCSA). Through the years she continued to be a dynamic force for the ASCSA, serving as a teacher, researcher, and long-standing member of the Managing Committee (vice chair, 2012-2016). She served on the Archaeological Institute of America (AIA) and for 26 years headed its Nashville Society. She was on the AIA Committee for Archaeology in Higher Education and a board member of the Conservancy for the Parthenon and Centennial Park in Nashville, where she lectured about the Parthenon to the docents and other groups. Barbara was a long-time member of the excavation and resea- rch teams at the Hellenistic city of Morgantina in central Sicily and of the Athenian Agora, the city center and marketplace of ancient Athens. Her passion was focused on domestic architecture and her work has contributed to a much richer understanding of the complicated interplay between private and public spaces as well as the experiences of individuals, families, and communities in the ancient Mediterranean world. She has published widely on the remains of the Greek and Roman houses excavated at both sites. Barbara leaves behind her devoted husband, Jeremy Spinrad, her daughters Thalia and Demetria and her son-in-law Isaac Meyer. She will be missed by her many friends, relatives and academic colleagues around the globe. Funeral Services were held in Nashville, Tennessee.
Published by The Arlington Advocate from Feb. 2 to Feb. 14, 2019.
To plant trees in memory, please visit the Sympathy Store.
MEMORIAL EVENTS
To offer your sympathy during this difficult time, you can now have memorial trees planted in a National Forest in memory of your loved one.
MAKE A DONATION
MEMORIES & CONDOLENCES
3 Entries
When someone we love fall asleep in death the memories we have of them become our treasure, may those cherished memories of a life well lived and Gods promise at John 6:40 bring you a measure of peace and comfort during this most difficult time. My sincerest condolences to the family.
S W
February 28, 2019
To the family,I am so sorry for your loss.May God the hearer of prayers give you the peace and strength to keep you going during this time of sorrow. Rom. 15:33

Jj
February 5, 2019
Dear Family and friends:
I am sincerely sorry for the loss of your loved one Barbara. May you find comfort in knowing that God keeps those who pass away in His memory - because they are precious in His eyes.
M/ H.
February 2, 2019
Showing 1 - 3 of 3 results