Janet Demers
FUNERAL HOME
Brown & Hickey Funeral Home
36 Trapelo Road
Belmont, MA
Janet (Black) Demers of Belmont May 9, 2021. Beloved wife of the late George N. 'Buddy' Demers Jr. Loving mother of Alexander Nicholas Demers and his fiance, Calina Ciobanu (both of Los Angeles, CA). Daughter of the late Herbert Black and Alberta (Gillis) Black. Sister of Carol Williston, Tony Black, Mary Barrett, Alberta Mosvik, Allan Black, Terrence Black, Joseph Black, Brian Black, Cathy Miller, Robert Black, Anne Marie Livingstone, John Leonard Black, and the late Herbert Black (all of Nova Scotia, Canada). Aunt, great-aunt, and cousin to a veritable army of adoring relatives both north and south of the Canadian border. Born and raised in Sydney, Nova Scotia, Janet was the third-born in a family of fourteen children. Before graduating from Sydney Academy in 1963, she was often busy at home, baking bread alongside her mother and doing her best to keep her younger siblings out of trouble. The former she executed to great acclaim, the latter she managed with limited success. At the age of nineteen, Janet moved from Cape Breton to Massachusetts, where she would later meet her future husband, Buddy. The two were married in Cambridge in 1970. Belmont would become a beloved home as their family grew to include their son, Alexander (b. 1983), and many, many life-long friends. Their home was often filled with guests, laughter, and Janet's renowned home-cooking and baked goods. 'Momma J' has been described as the glue that binds her family together. In 1989, she and Buddy purchased a cherished summer home in Jersey Cove, Cape Breton and began hosting an annual family reunion that continues to this day. It is in large part thanks to her grit and enormous heart that her 32 nieces and nephews and their growing families are so tightly knit. Her legacy is one of extraordinary kindness and generosity. She will be missed by the family and friends whose hearts she touched so deeply. Visiting hours will be held at the Brown & Hickey Funeral Home 36 Trapelo Road, Belmont on Wednesday, May 12th from 4:00 to 6:00pm. A private funeral Mass will be held Thursday at noon, followed by a graveside service at Mount Auburn Cemetery at 1:00pm. Due to current restrictions, the funeral Mass is private, but all friends and family are welcome to attend both visiting hours and the graveside service. Covid 19 requirements are face masks and social distancing. For those unable to attend, a live stream of the Mass and the burial service will be available to watch at https:// www.harborview.live/ Charitable contributions can be made to the Jimmy Fund and the Dana Farber Cancer Institute at www. jimmyfund.org. A memorial website has been set up at https://alexdemers0.wixsite.com/mommaj
To plant trees in memory, please visit our Sympathy Store.
Published by The Belmont Citizen-Herald from May 12 to May 20, 2021.
MEMORIAL EVENTS
May
12
Visitation
4:00p.m. - 6:00p.m.
Brown & Hickey Funeral Home
36 Trapelo Rd., Belmont, MA
May
13
Committal
1:00p.m.
Mt Auburn Cemetery
580 Mt Auburn Street, Cambridge, MA
Funeral services provided by:
Brown & Hickey Funeral Home
MAKE A DONATION
MEMORIES & CONDOLENCES
Sponsored by Brown & Hickey Funeral Home.
6 Entries
Peter and I and our family are so very sorry to hear of Janet’s passing.We looked forward to seeing her every summer and chatting over a few cups of tea every yr. Janine’s and Greg’s children just adored her as she always welcomed them with open arms ever summer at the family reunion. They couldn’t wait to get to the bungalow for that! Janet was such a kind, loving lady, a true cape Bretoner at heart. She will be missed so much on “The Hill”. Our thoughts and prayers are with you all.
Love
Janet and Peter White and family
Janet Marmulak White
Friend
May 15, 2021
Dear Alexander, Carol, Alberta, Mary, Tony, Alan ,Terrance, Joe, Brian, Cathy, Robert, Anne-Marie and John-Leonard and family, kindly accept my heartfelt sympathy on the passing of your dear, sweet Mom, sister/ aunt and my former Atlantic Street neighbour and friend, Janet. Janet never forgot her roots and neighbours and how much she adored all of you. Her summer family reunions which often included in-laws and former invited neighbour guests , her baked bread and our week-end long tarabish marathons at the Black family household on Atlantic Street , Janet's visit with my Mom whenever she came back home for a visit and chatting over a cup of tea and desserts are all cherished, priceless memories of a wonderful ,caring lady. Thinking of you all and hoping your memories of all the special times spent with Janet will help you through this most difficult time. Sending hugs and love-Lynda (MacLean) Mac Donald, Ben Eoin, Cape Breton
Lynda MacDonald
Neighbor
May 13, 2021
To the Black Family and Demers Family

I was saddened to learn of the passing of my cousin Janet. I remember well a trip to visit Janet and Buddy in Belmont in 1976. Their kindness was much appreciated and not forgotten. I enjoyed seeing Janet and her siblings at family gatherings in Jersey Cove, Cape Breton. It was evident that family was so important to her. Janet was a lovely person and I trust your memories of her will provide you much comfort. She will be missed by all who knew her. On behalf of Michelle and I, please accept my condolences. 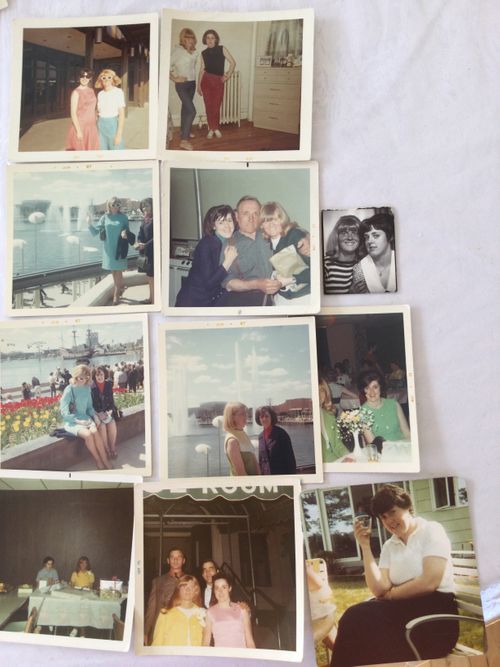 I have known Janet since 1963 when she arrived to Boston from Nova Scotia and I from Ireland. Janet was a wonderful true friend, always ready for a chat with a cup of tea, I have lots of very fond memories of her. May she be as blessed in the next life as I was in this one by knowing her. Rest in peace my dear friend. I will miss you dearly. Una Agnes Rolston
Una Agnes Rolston
Friend
May 11, 2021
Our deepest sympathies on the passing of Janet. She was always a special and caring lady, who will be greatly missed Bert and Maurina xoxo
Bert and Maurina Lewis and Family
May 11, 2021
My sincere condolences to the entire family on cousin Janet´s passing. She was a wonderful person, always ready to welcome anyone who arrived at the door. RIP, Janet.
Joe Black
May 11, 2021
Showing 1 - 6 of 6 results