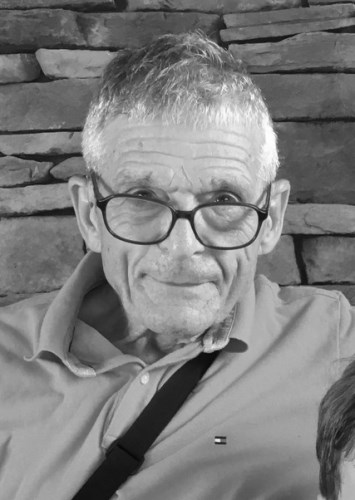 BORN
1937
DIED
2021
Joseph G. Mayer, age 83, of Belmont, died peacefully on February 2nd after a courageous battle with Parkinsons Disease and Covid-19. Born in Corpus Christi, TX in 1937, Joe was the son of the late Jane S. Durgin and the late Frank J. Mayer. He graduated from Phillips Exeter Academy in Exeter, NH, received his AB Magna Cum Laude from Harvard College, earned an MAT from Johns Hopkins University, and received a PhD in English from Boston University. Dr. Mayer was a scholar of John Milton and the author of the book Between Two Pillars, The Hero's Plight in Samson Agonistes and Paradise Regained. Joe and his first wife, Betsey Morse Mayer, moved to Belmont just before the birth of their son Daniel, and Belmont was Joes home for over 45 years. Joe exuded goodness and honor. He was a person of great warmth with a keen awareness of other peoples feelings. In conversation he was self-effacing, with an extraordinary ability to make others feel important. He would lean forward, eyes widened, with a slight smile. If there was something new in the conversation that perhaps he had not yet considered, he would lean back, sigh deeply, fold his arms and furrow his brow. His entire being was focused on you and on how what you were saying might update his perceptions of the world. Joe was a true New Englander, sublimely comfortable in the woods of the Green Mountains and the Adirondacks. He was practical with a resistance to waste: Waste of time, meaningless verbiage and, of course, waste of natural resources. A devastatingly sly sense of humor and a razor-sharp intellect were his trademarks. He had a deep appreciation of classical music. After his first marriage ended in divorce, Joe married Jennifer Page and was her loving husband for 24 years before his death. Joe and Jennifer met as founding members of the Belmont Committee for a Nuclear Weapons Freeze. Joe was a devoted parishioner of All Saints Church in Belmont where he gave freely of his time and energy. Joe and Jennifer left their beloved town to move to Newton one year ago. In addition to his wife Jennifer, Joe is survived by his son and daughter-in-law, Daniel and Katerina Mayer of Berlin, Germany; his stepdaughter and her husband, Andrea and Patrick Page-McCaw of Nashville, TN; and sister and brother-in-law Ellen and Jim Diamond. He was adored by his grandchildren, Felix and Charlie Mayer and Rebecca and Sarah Page-McCaw, and his niece and her husband Laura Diamond and Miku Dixit. A service will be held on Friday, February 12, at 11am at All Saints Church (Episcopal) (allsaintsbelmont.org) and can be attended virtually. In lieu of flowers, memorial gifts may be made to All Saints Church in Belmont or the Parkinsons Foundation
Published by The Belmont Citizen-Herald from Feb. 9 to Feb. 11, 2021.
To plant trees in memory, please visit our Sympathy Store.
MEMORIAL EVENTS
To offer your sympathy during this difficult time, you can now have memorial trees planted in a National Forest in memory of your loved one.
MAKE A DONATION
MEMORIES & CONDOLENCES
3 Entries
I, like Diana, only knew Joe and Jennifer from my attendance at the Parkinson’s dance classes at JF&CS. He was a delightful, If occasionally skeptical member of the class and joined in with grace and courage. We will miss him.
Peggy Wacks
Acquaintance
February 19, 2021
When I was a patient in the hospital, Joe visited me several times and lifted my spirit. When he knew of people who needed help he helped them with reading, and he even cleaned some houses.
We met about 1970 when we were neighbors in Cambridge. Our wives were on the city's dump committee. We became good friends and shared interests in great issues and the outdoors.
Stewart Sanders
Friend
February 11, 2021
So very sorry to hear of Joe's passing. I only knew him and Jennifer from Parkinson's dance at JF&CS. He was a very sweet, gentle man.
Diana
February 10, 2021
Showing 1 - 3 of 3 results