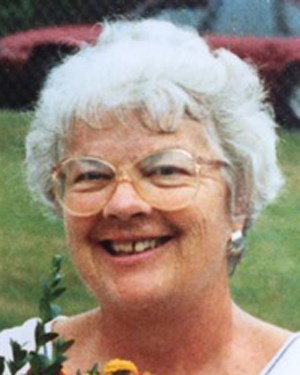 BORN
1928
DIED
2021
Katharine Little Heigham, 92, formerly of Belmont and Ipswich, died peacefully in Concord on April 10th, 2021. She was born October 20th, 1928 in Framingham to Helen C. and David M. Little, the fourth of four siblings. From infancy she was called "Kayo", due to a family friend exclaiming that she was a real "knockout" (KO). Kayo grew up in Cambridge in Harvard housing, where her father was Master of Adams House and later Secretary of the College. She attended The Shady Hill School, Milton Academy and McGill University in Montreal where she was president of the Women's Union and graduated in 1950. She married Harold T. Blake that same year and they had Thomas and Susan Blake. After a divorce in 1955, she settled in Belmont with her two young children, where she was to live until 2010. The family of three spent summers in Ipswich where Kayo was fortunate enough to meet James C. Heigham in 1961. They married on February 24th, 1962 during a raging snowstorm. Kayo and Jim welcomed Christopher J. Heigham in 1965 and the family moved the following year to a larger house in Belmont. While Jim's law career flourished in Boston, Kayo became involved in local civic activities. For decades she volunteered at Mt. Auburn Hospital and she also served on the Vestry of All Saints Church. Through the church, she went on several missions to impoverished regions. The last one, when she was 75. She loved music and the arts. She sang in the choir at All Saints and in the Masterworks Chorale in Lexington. She regularly attended the Friday afternoon Boston Symphony and the Boston Ballet. In 1969, She and Jim joined the Belmont Hill Club where she played tennis and swam. Competing for the New England Masters in many regional, several national and one Masters World Championship. She swam regularly into her 80's. The family spent summers in Ipswich and she and Jim also travelled to Russia, Egypt, Kenya, many cities on the Rhine and Danube rivers and to Svalbard Island in the Arctic. In 2010, she and Jim moved to Newbury Court in Concord where they have received excellent care to the present day. The family wishes to thank especially the staffs of the Gardens and Rivercrest for their support. Kayo had a zest for life and an indomitable positive spirit. She took a great interest in her three children and six grandchildren. Her laugh filled the room and will be remembered by all who knew her. She was predeceased by her three siblings, Priscilla, David and Adams and by daughter Susan Blake. She is survived by her husband of fiftynine years, James; son Tom and his wife Heather Blake; son Christopher "Topher" Heigham and his wife Leba and grandchildren Matthew and Jay Blake, Abigail and Trevor Donahue and Elyana and Ione Heigham. Interment will be at Locust Grove Cemetery in Ipswich. In lieu of flowers, please send donations to the Mt. Auburn Hospital, 330 Mount Auburn Street, Cambridge, MA. 02138.
Published by The Belmont Citizen-Herald from Apr. 13 to Apr. 15, 2021.
To plant trees in memory, please visit our Sympathy Store.
MEMORIAL EVENTS
To offer your sympathy during this difficult time, you can now have memorial trees planted in a National Forest in memory of your loved one.
MAKE A DONATION
MEMORIES & CONDOLENCES
0 Entries
Be the first to post a memory or condolences.