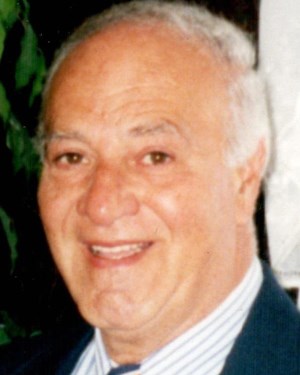 FUNERAL HOME
Nickerson Funeral Home
340 Main Street
Wellfleet, MA
Vincent S. Alfieri, 94, of Orleans, passed after a four year battle with multiple myeloma, into eternal life on November 12th, 2020. He is survived by his beloved wife of sixtyseven years; Phyllis, his much loved children, Phyllis Mary (Parker), Brenda Ann (Jody), Vincent Kevin and Kenneth John (Crystal). Vince is also survived by his cherished nine grandchildren, Crissy O'Hara, Kendra, Jacob and Jarret Stowe; Alex, Monica, Max and Mallory Alfieri and Kenneth C. Alfieri. A native of New York, Vince served in the U.S. Navy in World War II as a pharmacist's mate and after the war, attended and graduated from St. John's School of Pharmacy as a registered pharmacist in the State of New York. It was working in her father's pharmacy that Vince met Phyllis and they were married in 1953. After a short time working as a pharmacist, he joined Charles Pfizer for four years and then joined The Dow Chemical Company, where he served in multiple executive positions for the next thirtytwo years. After retirement, Vince and Phyllis spent six months each in Florida and Cape Cod and after ten years, they retired in their Cape Cod home. He loved fishing, clamming, boating and all the amenities of Cape Cod. Vince served in five ministries at Mother Seton Church in Florida and was a member of the American Chemical Society, the Elks club and the Orleans Yacht Club. In lieu of flowers, memorial contributions may be sent to Our Lady of Lourdes Church, PO Box 1414, Wellfleet, MA 02667 or to Hospice of Orleans, MA. Services held at Our Lady of Lourdes Church in Wellfleet on November 21st at 10a.m. are private due to the pandemic. Burial will be private. For online condolences, please visit nickersonfunerals.com.
Published by The Cape Codder from Nov. 15 to Nov. 27, 2020.
To plant trees in memory, please visit the Sympathy Store.
MEMORIAL EVENTS
Nov
21
Service
10:00a.m.
Our Lady of Lourdes Church
Wellfleet, MA
Funeral services provided by:
Nickerson Funeral Home
MAKE A DONATION
MEMORIES & CONDOLENCES
Sponsored by Nickerson Funeral Home.
1 Entry
We wish to extend our deepest sympathies at this difficult time.
The Staff of Nickerson Funeral Home
November 15, 2020
Showing 1 - 1 of 1 results