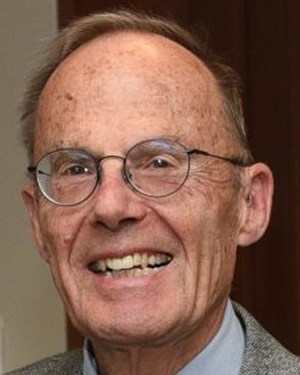 BORN
1936
DIED
2020
FUNERAL HOME
Bell-O\'Dea Funeral Home
376 Washington St
Brookline, MA 02445
Frank Caro, 84, died unexpectedly on October 2nd, 2020 in the hospital, surrounded by family. Frank was born in Milwaukee, WI on Sept. 28th, 1936, son of Walter Caro and Elizabeth Voss Caro. He was a graduate of Marquette Prep and Marquette University. Frank received his PhD. in Sociology from the University of Minnesota. Frank went on to teach at Marquette University, University of Colorado in Boulder and Brandeis University in the Florence Heller School of Social Welfare. From 1974 to 1988, Frank served as the Research Director at the Community Service Society of New York. In 1988, Frank became the Director of the Gerontology Institute at University of Massachusetts/Boston, where he had also served for a time as the Chairman of the Gerontology Department. For many years, Frank edited the Journal of Aging and Social Policy and until his death, he reviewed academic articles for The Gerontologist. Frank was an active community member wherever he lived and worked. He served as a Town Meeting Member in Brookline Precincts 8 and 10 for sixteen years and as a Town Advisory Committee Member for seven years. Frank worked to establish the Brookline Community Aging Network (BrooklineCAN). He served as the BrooklineCAN Co-Chair with Ruthann Dobek until his death. Frank was instrumental in making Brookline the first Age-Friendly City in MA. Through his many projects and passions, Frank improved Brookline for everyone with his most recent accomplishment being the placement of benches along Beacon Avenue and the establishment of the Pedestrian Advisory Committee. Frank had a life-long passion for gardening and served as the President of the Board of Directors of the Friends of Hall's Pond Sanctuary, where he developed and ran a seasonal bi-weekly volunteer maintenance crew to take care of the gardens. In retirement, Frank took up pottery and became an active member of Feet of Clay Pottery, where he worked on his projects, the most famous of which, his French butter dish. Frank is survived by his wife Carol of fiftyfive years. He leaves behind his twin sons, David and Paul Caro as well as David's wife, Ashima Dayal and their sons Jasper and Bennett and Paul's wife Liz Slagus, all of Brooklyn, NY. Frank is also survived by his brother, James Caro and his wife Barbara of Seattle, WA and his sister, Betsy Chanier and her husband, Jacques of St. Lo, France. A memorial service is being made for future date. Expressions of sympathy may be made in memory of Frank to the Brookline Senior Center: 93 Winchester Street, Brookline, Ma. 02446. brooklineseniorcenter.org
To plant trees in memory, please visit our Sympathy Store.
Published by The Brookline Tab from Oct. 5 to Oct. 15, 2020.
MEMORIAL EVENTS
No memorial events are currently scheduled.
To offer your sympathy during this difficult time, you can now have memorial trees planted in a National Forest in memory of your loved one.
Funeral services provided by:
Bell-O'Dea Funeral Home
MEMORIES & CONDOLENCES
Sponsored by Bell-O'Dea Funeral Home.
9 Entries Wan tzu tai
November 9, 2020
I'm so sorry for your loss.
DeAnn Elliott
Acquaintance
October 12, 2020
My sympathy to Carol, the Caro Family and Frank's extended community of friends. It is so sad to lose a leader who affected such dynamic good across his life span, for so many of us. I take hope and inspiration, especially in these upended times, from Frank's work to remind us how important the "bigger picture of community" is when we consider what impacts our own lives and an essential human need to care for and do good by one another.
I'll also treasure the pieces of pottery I have from the "Caro Collection"!
Ginny Mazur
Ginny Mazur Mendenhall
Friend
October 11, 2020
My condolences to Carol and your family during this time of great loss for you and everyone that has known Frank over the years. May his memory be a blessing.
Tony Broh
Friend
October 8, 2020
Just got the sad news about Frank. Please accept my condolences to you and your family. You and Frank have been bulwarks of our community. Anyone who has done so much for so long will be sorely missed by so many.
Ron Weiss
Friend
October 6, 2020
I am so sorry that a young and vibrant man was taken from you and your family. We will miss him. I will always remember him because his good works are all around us in Brookline. May his name be a blessing. Carol, we, your friends will always be around for you.
Joyce Wolf
Friend
October 5, 2020
Janet Wynn
Friend
October 5, 2020
A good man and professor. Simply do not have the words for the loss for his family and the many communities touched by him!
Teacher
October 5, 2020