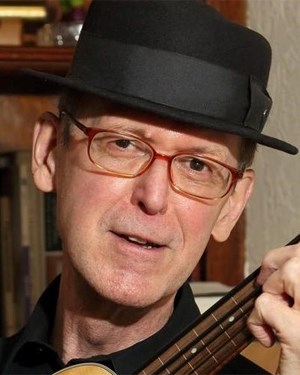 BORN
1950
DIED
2020
FUNERAL HOME
Chesmore Funeral Home
57 Hayden Rowe St
Hopkinton, MA
Rob Saunders, age 69, died in Hopkinton on April 27th 2020 from complications related to Covid-19 and Parkinsons disease. Rob was born on August 28, 1950, in Seattle, Washington. He graduated from Lakeside School and went on to study art at the Rhode Island School of Design, earning a BFA in 1973. He spent his junior year abroad in Italy, where he fell in love with the country and pledged to return. Rob discovered music at a very young age and from that time on, it played a leading role in his life. He was an exceptionally gifted musician and could play a variety of instruments, but he went on to become a master of the guitar. In his 20s, he did return to Italy, where he lived for seven years. He earned his MFA in printmaking from Rosary College at Villa Schifanoia in Florence while supporting himself as a musician and busking his way around Europe during vacations. He discovered a love for bluegrass, was a member of the Angel Band, and released a record called All The Good Times. He developed a passion for Italian culture, became a master of slow eating and learned Italian, which he spoke for the rest of his life at every opportunity. Rob was a talented artist as well as musician, and decided to pursue graphic design and illustration as a career. Upon returning to the United States in 1980, he settled in Brookline, MA. He started his own business as an illustrator and went on to do work for popular magazines and newspapers over the next twenty-five years. He married Maureen Giovannini and had one daughter, Olivia. Rob was a founding member of bands such as The Half Tones, Harmony Gritz, and Sinti Rhythm. He was often considered the life of the party and played with friends any chance he could get, especially getting into the music of Django Reinhardt and gypsy jazz. In 2011 he was diagnosed with Parkinsons disease. He continued playing music and learned to play the bass ukulele when the guitar became too difficult. His first grandchild was born in 2015, his second in 2017, and he greatly enjoyed spending time with them. He is survived by his daughter Olivia (Ryan) Peters of Natick, and his grandchildren, Adrienne and Vincent; his sister Susan Blackman, of Portland Oregon; nephews Eli (Haley) Blackman of Portland, and Amos (Shannon) Blackman of Seattle, and niece Adriane Blackman of Portland, along with several great-nieces and nephews. A memorial service will take place over the summer. Donations in Robs memory may be made to the Brookline Music School. Arrangements are under the care of the Chesmore Funeral Home of Hopkinton, www.ChesmoreFuneralHome.com.
To plant trees in memory, please visit our Sympathy Store.
Published by The Brookline Tab from May 2 to May 13, 2020.
MEMORIAL EVENTS
Memorial service
Service details to be determined.
Funeral services provided by:
Chesmore Funeral Home
MAKE A DONATION
MEMORIES & CONDOLENCES
Sponsored by Chesmore Funeral Home.
1 Entry
Rob, So sorry to see you go. --carl
Carl Mesrobian
July 3, 2021
Showing 1 - 1 of 1 results