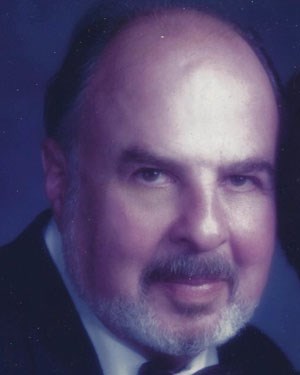 BORN
1927
DIED
2020
FUNERAL HOME
Levine Chapels
470 Harvard Street
Brookline, MA 02446
Sumner J. Chertok, of Brookline, passed away on December 3rd, 2020. Born February 17th, 1927, Sumner was a lifelong resident of Brookline. He attended Brookline public schools including Brookline High School. Sumner attended Harvard College and enlisted in the Navy during World War II, stationed in Shanghai. After the war, he resumed his studies graduating with honors from Harvard class of 1949, where he played offense and defense on the football team and Harvard Law School class of 1953. After passing the bar exam and joining his father's law firm, he became active in local politics, where he was a member of the Brookline Advisory Committee, a Town Meeting Member and the Executive Director of the Brookline Redevelopment Authority. Among his most recognized projects and achievements were the FARM (Brook House), Mission Park and suing Harvard on behalf of the Roxbury Tenants Society. In his law practice, he won several class action law suits against banks and a major victory at the Hague, recovering money for properties seized during the Gulf Wars. Sumner was an avid tennis player and an excellent swimmer with a great love for the coast of Maine, where he vacationed with his family as a boy. In later years he spent time on Cape Cod with his wife Karen and their blended family. He leaves three children: Jonathan David Chertok of Austin, Texas; Benjamin Harrison Chertok of St. Petersburg Florida and Rachel Jane Calmas (James), and their children Josiah and Arielle, from his first wife, Ina Zibel Chertok. He leaves his brother Eliot Chertok and his children: Dean, Debbie (Marty), Joanne, Brian (Lori) and their children as well as his dear cousin Cindy Tramonte and other loved relatives. Sumner met his current wife Karen Cotzin Cohen at a Harvard Centennial Celebration. They were inseparable from that day forward and recently celebrated their twentyfifth wedding anniversary. In addition to his wife Karen, he leaves her children: David B. Cohen of Hunt Valley, Maryland and Jonathan R. Cohen (Karen) of Gainesville, Florida, and their children, Rena, Emma, Amy, Jason and Sam. Burial was private on December 4th, in the Lindwood Memorial Park, Randolph, Massachusetts and a celebration of his life will take place when Covid19 restrictions allow. Donations in his memory may be made to the Brookline Food Bank, www.brooklinefoodpantry.org. Levine Chapels, Brookline 617-277-8300 www.levinechapel.com
To plant trees in memory, please visit our Sympathy Store.
Published by The Brookline Tab from Dec. 6 to Dec. 17, 2020.
MEMORIAL EVENTS
No memorial events are currently scheduled.
To offer your sympathy during this difficult time, you can now have memorial trees planted in a National Forest in memory of your loved one.
Funeral services provided by:
Levine Chapels
MEMORIES & CONDOLENCES
Sponsored by Levine Chapels.
5 Entries
Sumner was my first boss right out of grad school at the Brookline Redevelopment Authority. It was probably the best office I ever worked in. Sumner was the consummate manager and through his magic everyone in the office, all great characters, operated at peak performance in a fabulously congenial and fun atmosphere. He was both a great boss and a great friend and I learned a lot from him about planning, politics, people, and life. The office was also my real baptism into Yiddish humor. He was a great raconteur and a witty observer of the world around him. He loved the sea, especially the rocks at Ogunquit where he would recharge his batteries. The steering in his car was so loose that it drove like a boat in heavy current, so maybe that was by design. A super guy, he will be missed by all who had the good fortune to know him.
Doug Graf
Coworker
February 26, 2021
I am so sorry to hear that he died. He was a dear friend many years ago.
Jean Anderson
Friend
January 2, 2021
Many fond memories of Sumner during our college days. More than 70 years later, I still picture Sumner with a big smile. Always a delight to be in his company. My loss for not staying in touch after graduation. R.I.P.
Francis J. DiMento
Classmate
December 7, 2020
Mr. Chertok,
Sir, I would just like to say thank you for your service and sacrifice for our Country when you served with the USN in China after WW II. And to your Family and loved ones, I wish to extend my deepest sympathy.