Leo Francis McNamara died peacefully at his home in Hamburg, Michigan on February 9, 2012. He was born June 3, 1933 in Clinton Massachusetts to Leo and Helen (Weaver) McNamara. He married Barbara Brousseau in 1955, with whom he had seven children, then Deborah (Lesher) McNamara in 1980, with whom he had two children. Leo graduated from Clinton High School in 1950 and magna cum laude from Harvard College in 1954 with a B.A. in English. He chose not to pursue graduate study, but instead began his academic career as a research assistant in the Harvard Psychological Clinic. He was twice a Fulbright Scholar; first in Celtic philology at Queen's University, Belfast and later as a Fulbright Lecturer in American Literature at Trinity College, Dublin. He accepted an invitation to join as Instructor in English at the University of Michigan. There, he served forty years, teaching courses in nearly all periods, genres, and major authors. He created and taught courses on Ireland for the Department of History. He was a remarkable teacher and a longtime honors tutor, advisor, and counselor; he received the University of Michigan Distinguished Teaching Award. After retirement as full Professor, he was named professor emeritus and then taught Shakespeare at Ave Maria School of Law. One of Leos most compelling talents was to translate his love of literature into stage performances. A member of Actor's Equity, he performed with regional theaters in and around Ann Arbor and the Detroit area. Most recently, Leo was on staff at the Ann Arbor Rehabilitation Center, bringing his experience to the treatment of the persons served there. Ever the teacher, Leo continues his work by leaving his body to the University of Michigan. Leo is survived by his wife Deborah and their children Elizabeth (Zamir Toska) McNamara Toska, Emily McNamara, and his step children Heidi Bonetti and Christopher (Stephanie) Tolonen. He is survived by Barbara ODonnell (Brousseau) and their children Michael (Kevin Putz) McNamara, Anne (Glenn) Vande Water, Sean (Rhonda Claridge) McNamara, Leo (Jowita) McNamara, Mary McNamara, Margaret (David OBrien) McNamara, Nora (Hugh Culik) McNamara. Also surviving are seven grandchildren; his sisters, Patricia (Walter) Sadowski and Mary (George) Cantrell; and his brother, John J. (Meredith) McNamara. A Mass of Christian Burial was held on February 14, 2012 at Holy Spirit Roman Catholic Church in Hamburg, Michigan.

To plant trees in memory, please visit our Sympathy Store.
Published by The Times & Courier - Clinton from Feb. 21 to Feb. 28, 2012.
MEMORIAL EVENTS
No memorial events are currently scheduled.
To offer your sympathy during this difficult time, you can now have memorial trees planted in a National Forest in memory of your loved one.
MEMORIES & CONDOLENCES
19 Entries
I love and miss you Grampi.
Katie McNamara Manning
December 2, 2012 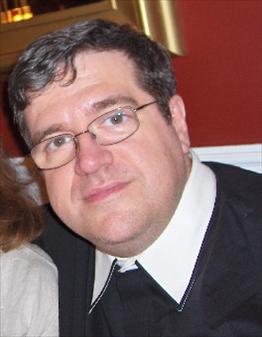 I am deeply saddened to hear of Professor McNamara's "passing through nature to Eternity." He was my Great Literature teacher and fellow actor in Shakespeare's "Richard II" and "Richard III." His great teaching and acting will be missed! As he once taught us, "The beginning of wisdom is the acceptance of your own mortality." May this wisdom inform and inspire us in everything we say and do, as it did Professor McNamara.

"Good-night, sweet prince;
And flights of angels sing thee to thy rest."
George Tsiros
August 29, 2012
I think it was Fall of 1982 when I audited Professor McNamara's course in Irish history. This week, almost 30 years later, I remembered his compelling reading of "The Lament for Art O'Leary." And now I see this notice. To Professor McNamara, _go raibh mile maith agat_ for sharing your knowledge with this student and may eternal peace be with you.

To Professor McNamara's family, I am sorry for your loss. My thoughts are with you.
Kerth O'Brien
June 15, 2012
I took many Irish lit courses from him at the UM and it was always good to see him now and then through the years. Many condolences.
Susan Falcone
March 7, 2012
Really enjoyed having Leo at Tibbits Opera House (Tibbits Summer Theatre). Sorry to hear of your loss. He was a very dear fellow.
Anne Davidson
March 3, 2012
So sorry to hear of Leo's passing. We worked at Tibbits Opera House together in the early 80's. Leo was always smiling with a kind word for everyone. He will be missed. Prayers of healing to all of his family.
Suzanne Stewart
March 3, 2012
Though our paths eventually diverged in this vast University, we remain grateful for the friendship Leo extended to us in our early years here at Michigan. We extend our sincere condolences to the family of this exemplary scholar and friend.
Peg and Nick Steneck
February 21, 2012
For so long, Leo was simply 'my best friend's dad.' He was the guy who would drive us around town before we got our licenses (Donna, the dog, crashing into us in the back seat every time he turned a corner), humming along happily to radio stations I had never heard before. He was always reading in his study when I would come over. He would answer the phone when I called and Elizabeth would have to yell downstairs to remind him to hang up. I remember seeing him in plays multiple times and wishing I had a father that talented. We would quote his lines all the time (Patsy!!!). Reading his obituary, I've realized what a truly amazing life he lived and how many people he touched. We are all better for having known him. My love goes out to Elizabeth, Emily and Deborah.
Kristin Ridenour
February 20, 2012
I took a class in Irish history with Professor McNamara in the late 70s and it was by far one of the best courses I had a UM. I remember him fondly. My sympathies to the family.
Tina Bissell
February 20, 2012
All our love to the McNamara's with fond memories of our days together. Peace and love always - Berta, Billy and Maggie
Berta Schroeder
February 19, 2012
For the last few days, I've been waiting to see what this obituary would have in it...and of course, it has all that I knew it would...the large family...the teaching...the acting...all those that he has left behind...but it leaves so much out, still...there was so much to this man, Leo McNamara, that cannot be captured in words...he had a presence...he had so much going on inside...I admired him and loved him for his tenacity...what a guy...we will all miss him so very much, my twin sister Deborah (Debbie), Elizabeth and Emily.
Sarah Lesher-Alfonso
February 19, 2012
Love and prayers to Deborah, Elizabeth, Emily and the entire McNamara family. Keep your wonderful memories close.
Patti Macola
February 19, 2012
Employing mellifluous Irish accents, Leo treated a small gathering of Ann Arbor literati to a Bloomsday reading of passages from Ulysses, at Leopold Bloom's pub on West Liberty Street. Although it was at least thirty years ago, I still recall his faultless performance that afternoon with particular fondness. (Hearing him read it, I thought I almost understood Joyce's stream of verbiage!) -- Wystan Stevens
Wystan Stevens
February 19, 2012
Love you dad. You have helped me through the good and bad and everything in life. You have been my rock and strength through hard times. You will walk beside me through everyday in my life, just as you always have.
Emily McNamara
February 19, 2012
sending love and sympathy to you McNamaras - in remembrance of our Mack School days
Lise Suino
February 19, 2012
We will miss you Dad. Many thanks to the University of Michigan hospital and Heartland Rehabilitation Center for taking such care of him in his final months and Heartland Hospice for making his last days comfortable. Also, a world of gratitude to those who have provided never ending support to both Dad and our family (and continue to do so). We would ask that any donations be made to the family for future designation.
Elizabeth McNamara Toska
February 19, 2012
Leo McNamara: a fine teacher and a gifted actor. Plus, a really nice guy. It is an honor to have been a student of his.

Stan Bidlack
LS&A – English '69
University of Michigan
Stan Bidlack
February 19, 2012
I performed with Leo in the eighties with Ann Arbor Civic Theater. He was a wonderful gentleman. I've always heard wonderful things about his great teaching. It was an honor to know him
Tom Franks
February 18, 2012
To the McNamara Clan -
Thinking of you all with love.
janet fancher
February 18, 2012