BORN
March 31, 1928
DIED
June 18, 2013
Shirley Jean Bonazzoli passed away on Tuesday June 18th at the age of 85. True to her character, she lived courageously for the last few years of her life after going fully blind. Shirley was born on March 31st 1928 in Clinton Massachusetts to Harry and Marion (Somerville) Whitcomb. Her youth was spent happily with her parents and sisters Barbara and Muriel in Clinton, where she also graduated from high school. Shirley worked as a secretary in Worcester Massachusetts into her early twenties. In 1951, Shirley married the love of her life Pierino Aldo (affectionately known as Gigi) Bonazzoli, and moved to his hometown of Bolton Massachusetts where they stayed happily together to raise a family and live lives of honor and charity for 62 years. Throughout her life, Shirley was an ongoing pillar of service to her town, her church (First Parish of Bolton), and her family. She started the Girl Scouts in Bolton with Mrs. Lorraine Fuller. Shirley was an active member of the Womens American Legion Auxiliary and the Bolton Fire Departments Womens Auxiliary, known as the kittens. She worked for the town of Bolton census committee and for voters registration. Joyfully and unflaggingly from 1951, Shirley dedicated herself to her church in so many capacities. She was President of the Ladies Evening Guild, helped run the church bazaars and various other fundraising events, sang in the choir with the natural beauty of a song bird, and aided committees and parishioners in whatever their needs were. Shirley was a devoted wife who supported her husband Gigi in his life of tremendous charitable endeavors in Bolton as Selectman, firefighter and EMT/Bolton ambulance director. Shirley was universally loved and befriended wherever her life took her--all the way through the last days of her life--for her optimism, joy, and acceptance of everyone. She had an intimate circle of phenomenal and supportive girlfriends like herself who met Tuesday nights, referred to as the JFF club (Just for fun!)--some members of which she had known since childhood. Shirley took pleasure in working out while socializing with the ladies at Curves in Bolton and Stow, as well as shopping and having lunch with her so many best friends. She enjoyed traditional American crafts of various kinds, including knitting and hooking rugs, which always ended up as gifts or charity to others. Birdwatching, being with family at the Lake for the water and sun, and prayer were her ways of finding happiness and deep peace. Shirley will be lovingly missed by countless people. She is survived by her beloved husband Gigi; her two sons Robert and Peter Bonazzoli and their wives Louise and Linda respectively; her daughter Robin Bonazzoli and partner Chet Urban; her sister Muriel Senter; her two nieces Jill Senter and Dorothy Utz (and husband Roger Utz); her nephew Bruce Senter; and the five Bonazzoli grandchildren: Brad, Janelle, Nicole, Kyle, and Tyler. Shirley was predeceased by her sister Barbara Anderson. In accordance with Shirleys wishes, there will be no calling hours. In lieu of flowers, donations may be made to the First Parish of Bolton. Interment will be private, for family members and dearest friends, at South Bolton Cemetery. In honor of Shirleys memory, there will be a public memorial service held at the chapel of First Parish of Bolton on Saturday June 29th at 4pm, followed by a celebratory gathering with light refreshments at the adjoining Davis Hall.

To plant trees in memory, please visit our Sympathy Store.
Published by The Times & Courier - Clinton from Jun. 21 to Jun. 28, 2013.
MEMORIAL EVENTS
No memorial events are currently scheduled.
To offer your sympathy during this difficult time, you can now have memorial trees planted in a National Forest in memory of your loved one.
MEMORIES & CONDOLENCES
7 Entries
My condolences to the family. May you get comfort and strength from the Almighty.
C Woods
July 2, 2013
Shirley was the best neighbor that I ever could have wished for. She was kind and giving, everyone knows that. For me personally, she was an angel who had a huge influence upon my early days. I was always welcome at the Bonazzoli table , and I grabbed a chair every chance I had to enjoy the amazing foods this woman could throw down.She was the definition of what is an American cook. She so casually blended her background with Gigi's world and made some phenomenal meals. If dining was not enough, she also allowed me free and unlimited access to her endless pantry. Man I hit that pantry a lot in the late 70's. I still remember the day we nearly cleaned out the freezer at Victory market so we could enjoy a crab boil at the lake! So as I think of these great times, I have to thank Shirl for helping me realize that cooking is my passion. She taught me that simplicity is better and food should be enjoyable to those lucky souls at the table. Gigi is also to be thanked for he taught me that chicken should always be cooked over a wood fire. So I have been a chef now for 30+ years and I do hold dear all that I learned from this lovely lady. I can close my eyes and taste those butternut squash gnocchi in browned butter, fried green beans and rhubarb pie. Sure there are more meals to recall, but these were my favorites and I still can't duplicate those darn gnocchi! So this rotten kid from across the street will miss your "Golden Girl" glasses and wit, but am happy inside when I am in your kitchen.
Love to all of you.
Tom Crocker
June 28, 2013
My deepest sympathy to the whole family. Shirley was a wonderful person and will be missed.
Nancy Cenatrrino
June 28, 2013 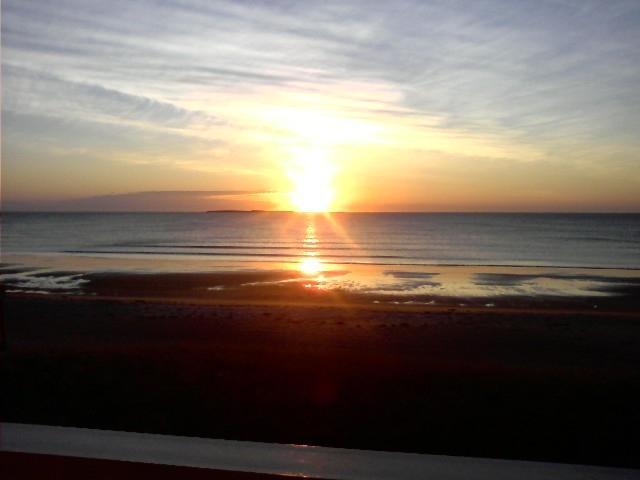 Robin, Chet & Family, I am so very, very sorry for your loss. Your Mom and Dad's life together is something so very special to be treasured. Life will never be the same but she will always live on in your heart and be a part of you. You are in my thougts. With Sympathy, Linda
Linda Urban
June 25, 2013
We are do sorry for the loss of Shirley. Our thoughts and prayers are with you during this difficult time.
The Bartlett Family - Berlin
Missy Bartlett
June 23, 2013
Big hugs to Gigi and family! She will be missed!!
John and Betsy Cussen
June 21, 2013
Gigi and family, I have so many wonderful memories of my growing-up years living next door to you and Shirley. When you started your family, I was their babysitter. I would stay with Shirley when you would go to the Cape for work. We would have such fun! She taught me to knit and make her delicious Mac and cheese. Whenever I babysat, that was what she always made me and the kids for dinner. You both hold a special place in my heart. Shirley was a very special lady. She always looked so beautiful.
She will be missed by so many people. She is now in the loving arms of Jesus and at peace. Please know that our thoughts , prayers and love are with you all during this difficult time. With Much Love, Nick and Carolyn Zayka
Nick and Carolyn Zayka
June 19, 2013