Shirley Morley
Shirley A. Morley, 76, resident of Mason, NH, died June 15, 2012 at The Elms Care & Rehabilitation Center, Milford, surrounded by her family. She was born in Milo, Maine on February 13, 1936, a daughter of Albert and Margaret (Coughlin) Webb. Shirley resided in Mason for the past 40 years and formerly lived in Bedford, MA for many years. She was a political activist for most of her life. She served as selectman for the Town of Mason, was an EMT for the Souhegan Ambulance Service, a member of the League of Women Voters and a member of the Temple Mountain and Crotched Mountain Ski Patrol. In addition, Shirley was a world traveler who enjoyed visiting China, Europe, Greece, South America and the Galapagos Islands. Shirley attended the Mason Congregational Church. She was predeceased by a son, Robert E. Morley. Family members include her husband, Richard E. Morley of Mason; a son, Michael J. Simpson of Rhode Island; a daughter and son-in-law, Patricia A. and Gerard R. Letourneau of Mason; two grandchildren, Sean M. Simpson and Megan Morley; a sister, Norma Campbell of Maine; two brothers, Stephen T. Webb and Arthur Webb, both of Dover Foxcroft, ME; many nieces and nephews. She is the daughter-in-law of the late Harry L. and Lillian I. (Vattes) Morley (as in Vattes Farm). There are no visiting hours. A memorial service will be held on Saturday, AUGUST 4th at 10:00 am in the Mason Congregational Church, 33 Valley Road, Mason, NH. Burial will be in Pleasant View Cemetery, Mason. Donations in her memory may be made to NHPTV, Aplastic Anemia Foundation or NPR. Arrangements are in the care of Smith & Heald Funeral Home, 63 Elm Street, Milford. To leave an online condolence, please go to www.smith-heald.com

To plant trees in memory, please visit our Sympathy Store.
Published by The Times & Courier - Clinton from Jun. 26 to Jul. 3, 2012.
MEMORIAL EVENTS
No memorial events are currently scheduled.
To offer your sympathy during this difficult time, you can now have memorial trees planted in a National Forest in memory of your loved one.
MEMORIES & CONDOLENCES
4 Entries
Aunt Shirley......You have been gone 8 years now and I still miss your laugh. That free and wild laugh. Bigger and better than my crazy laugh. Love, Matt.
mathew Gerry
August 25, 2020 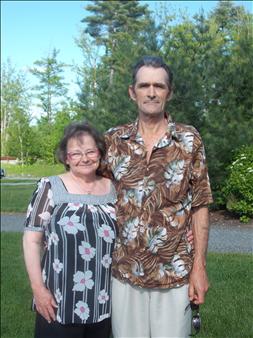 Aunt Shirley,I will never forget you, and your smile,your laugh,your voice.Go fly with the angels and may your spirit be free.Family I'm so sorry for the pain your feeling. My thoughts and prayers are with you, She will be sorely missed.
Mary Ann Gerry
June 28, 2012
To my favorite Aunt and GREAT GOOD FRIEND. May you rest in peace with love and smiles to guide you and warm your soul. I will miss you eternally.
David Robertson
June 28, 2012
As the days and weeks pass, and as you return to life's routine, may you continue to feel comforted by the love and support of family and friends.
Ray & Helen Bolstridge
June 26, 2012