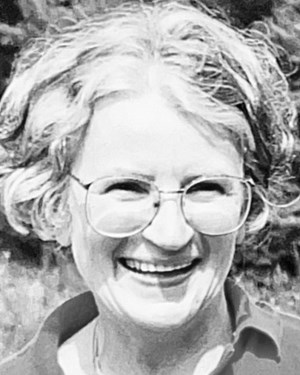 BORN
1934
DIED
2021
Brunhilde Fletcher-Koch, 86, of Westford, MA, died March 30, 2021 at her home with family by her side. Bruni was born in Kirchheim am Neckar, near Stuttgart Germany May 6, 1934 to the late Josef and Anna Rauschmaier. She spent her childhood during the war, and her adolescent years in it's aftermath. She found work in retail clothing in Stuttgart and then in Heilbronn which eventually led to a brief modeling career. She also picked up work with her brother Kurt and his wife Anny who ran a catering service. Bruni came to NYC from Germany in 1961, working as an au pair and personal assistant to noted Austrian-American psychiatrist Dr. Arnold Hutschnecker. Later Bruni worked for several years as a staff travel administrator for British Airways (then British Overseas Airway Corporation, BOAC). During this time her love for travel really began to blossom as she traveled to the Caribbean, Far East, and Europe. Bruni met her first husband E. Kennard Fletcher and moved to Westford, MA where she raised her three boys and made her home for 56 years. Bruni was an avid gardener and a longtime member and past president of Westford Garden Club. Bruni was a member at First Parish Church United in Westford and enjoyed helping out with annual events like the Greens Festival where she would put her artistic talents to good use. Bruni took pride cooking meals for family and friends often times using recipes from her German homeland using her homegrown herbs. Bruni enjoyed the ballet, symphony and opera. Bruni married her second husband, world renowned architect, Carl Koch, and they enjoyed traveling the world together skiing, sailing and enjoying other cultures and cuisines until his death in 1998. Of all things Bruni most loved celebrating the holidays with family and friends honoring her German heritage and traditions, especially at Christmastime. Bruni is pre-deceased by her brother Kurt Rauschmaier and his wife Anny, and sister Charlotte Maier and her husband Walter. Bruni leaves behind her three sons Christian Fletcher of Westford, MA; Steffen Fletcher and his wife Tracey, of Boca Raton, FL and their son Jack; and Julian Fletcher and his wife, Tracy Thomas, of Pasadena, CA. Bruni also leaves her nephew Rdiger Rauschmaier, and his partner Gabrielle, of Heumaden, Germany; and many close longtime friends in the U.S. and abroad. Graveside services at Mt. Auburn Cemetery in Cambridge, MA will be private. A Celebration of Life will be held by the family at a future date.
Published by Eagle-Independent from Jun. 2 to Jun. 10, 2021.
To plant trees in memory, please visit the Sympathy Store.
MEMORIAL EVENTS
To offer your sympathy during this difficult time, you can now have memorial trees planted in a National Forest in memory of your loved one.
MAKE A DONATION
MEMORIES & CONDOLENCES
1 Entry
Grief can be so hard, but our special memories help us cope. Remembering you and your loved one today and always.
william dowling
June 26, 2021
Showing 1 - 1 of 1 results