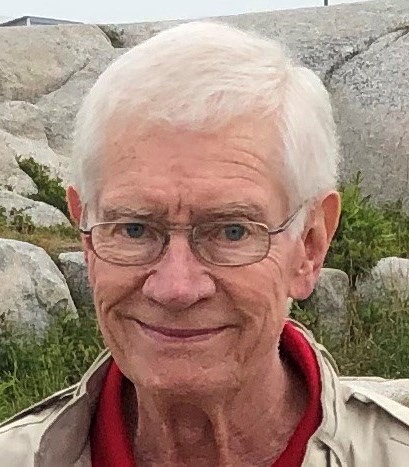 BORN
1936
DIED
2021
FUNERAL HOME
Blake Chelmsford Funeral Home
24 Worthen Street
Chelmsford, MA
Charles L. Larry Jodry, 84, a longtime resident of Chelmsford, passed away unexpectedly on Saturday, January 2, 2021, at Tufts Medical Center, Boston. He was the beloved husband of the late Ruth Anne (Hays) Jodry, with whom he shared 50 years of marriage. He was born in Hamilton, Ohio, on March 20, 1936, and was a son of the late Garnet Jodry and the late Sylvia (Rhoten), Kimberly. Larry grew up in Mowrystown, Ohio, and was a young boy of eight when his father, a United States Marine, was killed in Iwo Jima, Japan. His mother later remarried Russell Kimberly, and the family moved to Kettering, Ohio, where Larry attended Fairmont High School. Larry had a passion for riding and working on Whizzer Pacemaker motorbikes with friends. He attended Sinclair Community College, where he received his Associate's Degree and played basketball for the college team. Larry married Ruth Anne in 1957, and they lived in Springboro, Ohio, until 1962 when they relocated to Massachusetts. Having worked for several companies as an Engineer including GE, Avco and Itek, Larry landed at the Raytheon Corporation, where he remained for 27 years before retiring in 1999. While working at Raytheon, Larry went to night school for ten years to obtain his Bachelor of Science Degree from Northeastern University in Engineering. He loved basketball and coached youth teams and played in several 'over 30' Chelmsford Church league tournaments. Larry was a very active member of the Society of Allied Weight Engineers (SAWE), where he attained the executive membership levels of Executive Vice President and Fellow. Most of all, Larry enjoyed spending time with his son Greg and his family, sharing the holidays and meeting every weekend to watch basketball, football and enjoy a meal together. Larry leaves his son, Charles G. 'Greg' Jodry and his wife, Christine, and their three sons Zack, Troy, and Kyle; his son Geoffs son Dylan Jodry; his sister Barbara Cohen; half-sisters Terry Greenwald and Diana Ross; his half-brothers Roger Kimberly and Kirk Kimberly; and his very good friend Ava Benson. He also leaves behind many more family members and dear friends. Sadly, in addition to his wife, he was predeceased by his son Maurice G. 'Geoffrey' Jodry and his half- brother Kent Kimberly. A celebration of life will take place at a later time when Covid restrictions allow. Arrangements have been entrusted to the care of the BLAKE CHELMSFORD FUNERAL HOME, 24 Worthen St., CHELMSFORD. For online condolences, please visit CHELMSFORDFUNERALHOME.COM and find us on Facebook.
Published by Eagle-Independent from Jan. 12 to Jan. 15, 2021.
To plant trees in memory, please visit the Sympathy Store.
MEMORIAL EVENTS
To offer your sympathy during this difficult time, you can now have memorial trees planted in a National Forest in memory of your loved one.
Funeral services provided by:
Blake Chelmsford Funeral Home
MAKE A DONATION
MEMORIES & CONDOLENCES
Sponsored by Blake Chelmsford Funeral Home.
0 Entries
Be the first to post a memory or condolences.