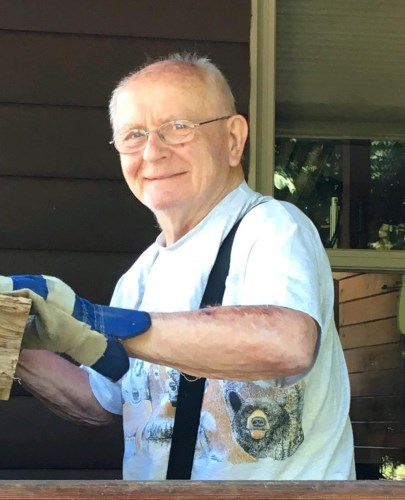 BORN
August 31, 1934
DIED
December 30, 2020
FUNERAL HOME
BADGER FUNERAL HOMES, INC
347 KING ST
Littleton, MA 01460-1248
Earl Francis Banks, born August 31, 1934, son of Margaret and Percy Banks, passed away peacefully on Wednesday December 30, 2020. Earl was a lifelong resident of Littleton, Massachusetts. He resided at Fairhaven Healthcare Center in Lowell, since June, where he was cared for in the Alzheimer's unit. Earl had been diagnosed with Alzheimer's just over four years ago. Earl was a graduate of Lowell Trade High School and opened Earl's Texaco in Littleton in 1959, which continues to operate as Banks Automotive. From an early age, Earl was very involved in Boy Scouts. He went on to become a Scout Leader for many years. He attended World and National Boy Scout Jamborees as a Scout Master and on Staff. He received multiple awards, Boy Scout of the year in 1949, the Silver Beaver Award and the William H. Spurgeon Exploring Award were among the most distinguished. He founded and was advisor for the Littleton Post 1 in the early 1980s, and was the curator of the Scouting Spirit Museum. Earl was an active member of the Littleton Fire Department for 37 years, retiring in 1997. In 1995 he was awarded the Firefighter of the Year Award from the Commonwealth of Massachusetts. He was a member of the National Guard and a past president and member of the Littleton Historical Society. Earl was an avid race car builder, driver, owner and fan. He enjoyed hunting, fishing and snowmobiling at the camp he and his wife Ellen built in Averill Vermont. Earl is survived by his wife of 63 years, Ellen as well as his children; Kenneth Banks (Denise) of Littleton, Dwayne Banks of Littleton, Cynthia Robinson (Dana) of Hudson NH, and Patrice O'Malley (Michael) of Littleton. Earl is further survived by his grandchildren; Christopher Banks, Kyle Banks, Brianna Robinson Anthony (Kyle), Cory Robinson (Sarah) and Kelly O'Malley as well as a Great-Granddaughter born the day before he passed, Eliana Rose Anthony. Earl will also be loving remembered by his brothers; Robert Banks of Connecticut, David Banks of Maine and John Banks of Connecticut and many cousins, nieces and nephews and long-time close friends. Family and friends will gather to honor and remember Earl for a period of visitation on Sunday January 3, 2021, from 2:00 pm-5:00 pm in the Badger Funeral Home, 347 King Street, Littleton. Please adhere to social distancing guidelines. A funeral service and burial will be held privately for family only. In lieu of flowers, please kindly direct donations to: Fairhaven Healthcare Center, 476 Varnum Ave. Lowell, MA 01854. Memo: Resident Programming
To plant trees in memory, please visit our Sympathy Store.
Published by Eagle-Independent from Jan. 2 to Jan. 8, 2021.
MEMORIAL EVENTS
Jan
3
Visitation
2:00p.m. - 5:00p.m.
Badger Funeral Home
347 King Street, Littleton, Massachusetts 01460
Funeral services provided by:
BADGER FUNERAL HOMES, INC
MEMORIES & CONDOLENCES
Sponsored by BADGER FUNERAL HOMES, INC.
20 Entries
Sorry to hear about Earl, had many good times with him in scouting.
paul upham
January 8, 2021
Our Heartfelt sympathy to Ellen, her family, and extended family at this difficult time with your loss. Earl was a wonderful man, so kind and giving to the entire community. May he rest in peace and may all his family have wonderful memories. He was my oldest cousin and I have many happy memories when we were young with his brothers at the homestead. Earl and Ellen were so wonderful to my parents as they aged . Ellen, take care of yourself. Our prayers are with you and your family.
Bonnie and Jerry O'Neill
Family
January 7, 2021
Dear Ellen and family, Sorry to hear of your loss with Earl's passing. He was a remarkable person that was always willing to lend a helping hand to Scouting. He helped us at the council level with many projects including the Oak Hill Golf tournaments. Our prayers are with you. Scott Rosengren, Office Manager, Heart of New England Council Boy Scouts of America
Scott Rosengren
Friend
January 4, 2021
Patty and family. So sorry for your loss. Laurie Taylor and girls
Laurie Taylor
Friend
January 4, 2021
Mrs. Banks, I am truly saddened to hear of the passing of Earl. I have known you and him for many years as neighbors and will miss him. My prayers are with you and your family. Gerard DelPriore, 59 New Estate Road
Gerard DelPriore
Neighbor
January 3, 2021
To the Banks Family, my heartfelt sympathy to you all. The love Earl shared with Ellen and his family can never be taken away. During his life Earl touched the lives of many people, he was an important part of the fabric of this community, and for that we have all been blessed. My thoughts and prayers are with you all as you celebrate his life and bid him goodbye.
Rev. Cynthia Wilder
Friend
January 3, 2021
Dear Ellen and family. We are so very sorry for the passing of Earl. He was a gentle, but strong person who lead by example and will forever be remembered for his love and service to Littleton and the Boy Scouts.
Brian and Ann Maher and family
Family
January 3, 2021
Mr Banks was one of the most kind men I’ve ever met and worked with. When a couple of us scouts looked to form an Explorer Post in Littleton, he did not hesitate to help us in creating the Post. In addition, as a teenager in High School he gave me my first part time job at his gas station. He will never be forgotten. Our thoughts and prayers go out to the Banks family.
Marc Girard
Acquaintance
January 2, 2021
Ellen etal , the town of Littleton will miss our dear friend Earl. He was an inspiration to so many people, so supportive and admired. Sending my warmest thoughts.
Janice Manchuso
Friend
January 2, 2021 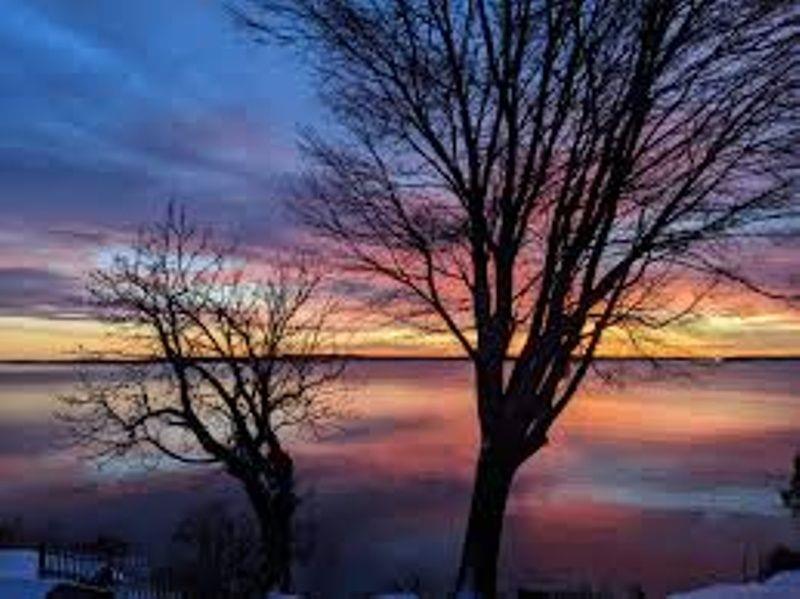 Dear Banks Family, ever so sorry for your loss. We and our now adult children will forever hold dear the sweet memory we have of the time he joyfully gave us a tour of his impressive and wonderful Scouting Spirit Museum. With heartfelt sympathy, Terrence & Michelle O'Neill, Bath, ME
Terrence O'Neill
Family
January 2, 2021
Ellen and family, we are so saddened to hear the news of the passing of Earl. A great guy and always very supportive of Littleton. Always a friend with a kind word.
Paul Romilly
Friend
January 2, 2021
Ellen and family, We are so sorry. Our thoughts are with you as you celebrate Earl's life and bid him goodbye.
With love and prayers, Sandra and Jim Burne
Sandra Burne
Classmate
January 1, 2021
Thinking of you all and sending prayers ❤❤
Nancy Manuel Manuel
Family Friend
January 1, 2021
My condolences to you Ellen and your family. I remember only fond memories of serving with Earl on the Department. You are in my thoughts and prayers.
Shalom peace,
Barry
Barry Real
Friend
December 31, 2020
Ellen and family, there are no words. I'm so sorry for your loss, as you are aware Earl was a force. He led by example. It was a privilege, to know and occasionally work next to him. My thoughts and prayers are with you.
Jerry Sellers
Coworker
December 31, 2020
Many fond memories of his leadership in my early years as a boy scout, learning to water ski at his camp, saving my beloved car from a broken timing belt, and donating my father's scout memorabilia to his museum.
Rob Woodbine
Friend
December 31, 2020
A pillar of Littleton history and character. Earl gave so much to his home town and the Boy Scouts of America. He will be long remembered for his generosity, wisdom and love of nature. Love to Ellen and family.
Ed (Teddy) & Louise Maher
Family
December 31, 2020
Our condolences to Ellen and the family. Earl was such an important part of Littleton's history and the Boy Scouts. Sue and Dave Raymond
Sue Raymond
Acquaintance
December 31, 2020
I'm so sorry to learn of Earl's passing. My sympathy to Ellen and family.
Deb Williams
Acquaintance
December 30, 2020
Saddened to hear this news. A wonderful man that we were glad to have known. A loss for family, friends and the community. Cherish the memories. Prayers for Ellen and family. Love, Mark & Jeanne Hickox
Mark Hickox
Family Friend
December 30, 2020