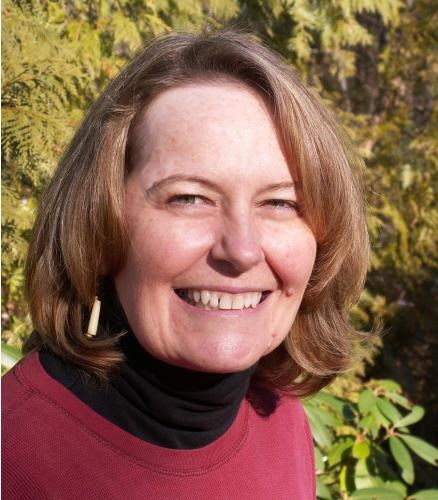 BORN
1956
DIED
2020
FUNERAL HOME
Bohlender Funeral Chapel
121 W. Olive Street
Fort Collins, CO
Elizabeth Bowker Jackson, 64, loved the mountains. She climbed the New England Whites and Greens with her father and the Rockies with her daughter. She reveled in the challenge and the freedom of the outdoors. It prepared her to deal with a degenerative neurological disease that led to her death on December 14, 2020. Formerly of Westford, Massachusetts, Elizabeth had moved to Fort Collins, Colorado a year ago to be near her daughter and the mountains she loved. Born in Concord, Massachusetts to Helen (Roh-Petersen) and Gordon Bowker on April 16, 1956, she grew up in nearby Littleton, Massachusetts, graduating from Littleton High School in 1974. She went on to graduate from the University of Massachusetts at Amherst with a Bachelor of Science degree in Nutrition, and later earned a Masters degree from Framingham State University. She managed the federal supplemental food program Women, Infants and Children (WIC) of Central Massachusetts for several years. She also served as head nutritionist at Emerson Hospital in Concord. Later, she changed careers and became an adjunct of Sextant Communications, Inc. developing web pages. She still receives mail addressed to 'Web Goddess.' She worked as a writer and web editor at AECOM before her retirement in 2019. Elizabeths love of the outdoors was the legacy of a long line of family hikers and guides in the White Mountains beginning with her paternal grandmother. She traced her roots to the landing of the Mayflower. She loved nothing more than strolling the woods of her familys beloved camp in the Massachusetts hills with her extended family and dogs. She leaves her two children: Katherine Anne Jackson (and her husband Brad Milley) of Fort Collins and her son, Eric Richard Jackson of Acton, Massachusetts, as well as her former husband Richard Jackson of Ayer, Massachusetts, her brothers Roger (and his wife Mary) of Cape Cod and her brother Douglas (and his dearest friend Jeanne Bartel) of Weston, Massachusetts as well as several nieces and nephews and many cousins and relatives throughout the United States and Norway. She was predeceased by her parents Helen and Gordon Bowker. In lieu of flowers or donations, the Bowker Jackson family requests simple acts of charity and kindness to friends and strangers alike. We believe that is the best way to honor the life of someone so devoted to treating people the way she wanted to be treated. We thank Elizabeths many friends at Rigden Farm Senior Living in Fort Collins for their love and support. Due to the current restrictions on public gatherings, services for Elizabeth will be private and a celebration of life scheduled for a later date. To share a memory or offer a condolence, visit Bohlender Funeral Chapel at www. bohlenderfuneralchapel.com.
Published by Eagle-Independent from Jan. 5 to Jan. 8, 2021.
To plant trees in memory, please visit the Sympathy Store.
MEMORIAL EVENTS
To offer your sympathy during this difficult time, you can now have memorial trees planted in a National Forest in memory of your loved one.
Funeral services provided by:
Bohlender Funeral Chapel
MAKE A DONATION
MEMORIES & CONDOLENCES
Sponsored by Bohlender Funeral Chapel.
2 Entries
I am sad to hear of Elizabeth's passing. I worked with her at Aecom for many years. She was a lovely lady and my condolences are with her family at this time.
Rita S
Coworker
January 7, 2021
I don't know you I'm so sorry to hear about your mother passing she is now resting in peace may god be with you and your family you are all in my prays always remember the good times you had with her
Lorraine Butler
Acquaintance
December 30, 2020
Showing 1 - 2 of 2 results