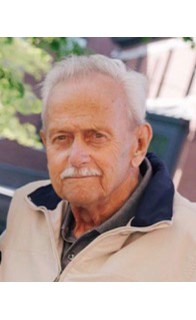 BORN
December 4, 1938
DIED
January 6, 2021
George Vogelsang, of Gulfport, FL, formerly of Westford, MA George passed away on Saturday, January 16, 2021. He was born in Revel, Estonia on Dec. 4, 1938, the son of the late Martin and Ellen (Teffel) Vogelsang and brother of the late Dieter Vogelsang. He and his family escaped Soviet occupied Estonia for his ancestors homeland of Germany at the age of one-and-a-half, eventually immigrating to the United States in 1951. He graduated from Lowell High School in 1957 then enlisted in the United States Navy, graduating from Great Lakes Submarine Warfare School. He was stationed in Groton, CT aboard the USS Hardhead and later was a Naval instructor. After proudly serving in the US Military, George worked for 40 years as a system operations manager at Digital Equipment Corporation. In his free time, George enjoyed spending time with his family and friends, traveling the world, bowling, and playing bocce. George leaves behind his high school sweetheart, Beverly (Glaeser), with whom he celebrated their 61st wedding anniversary on Sept. 5, as well as their son, Eric and his daughter-in-law, Kristine (Drasser) and his grandchildren, Nina and Jack of Pepperell, MA. Their beloved older son, Steven, of St. Petersburg, FL, sadly passed prior to George and is deeply missed. George is also survived by his cousin, Toomas Tehve and his wife, Ellen and their children of NC. He will forever be remembered as one of the most gentle and kind men known to many.
To plant trees in memory, please visit our Sympathy Store.
Published by Eagle-Independent from Feb. 20 to Feb. 26, 2021.
MEMORIAL EVENTS
No memorial events are currently scheduled.
To offer your sympathy during this difficult time, you can now have memorial trees planted in a National Forest in memory of your loved one.
MEMORIES & CONDOLENCES
0 Entries
Be the first to post a memory or condolences.