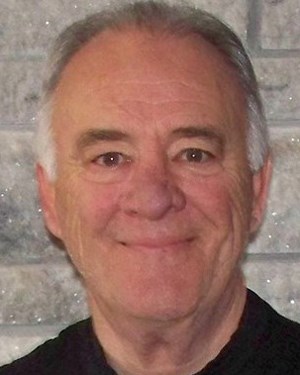 BORN
1949
DIED
2021
FUNERAL HOME
Blake Chelmsford Funeral Home & Cremation Service
24 Worthen Street
Chelmsford, MA 01824
Michael J. Leavitt, age 71, of Chelmsford, passed away unexpectedly on February 3, 2021. Michael was born in Lewiston, Maine, on June 12, 1949, the first son of Beverly and Jack Leavitt of Auburn, Maine. The family moved to Farmington in 1954, where Jack became the manager of an auto parts store and they reconnected with the Farmers, friends from their Lewiston years. Michael was active in sports even as a young child, and in high school he excelled in basketball, baseball and football. One of the highlights of his high school career was scoring 4 touchdowns against a neighboring town - in the same game. He was inducted into the varsity club in 1967. In 1968, Michael enlisted in the United States Air Force, and spent 18 months in Vietnam at Phan Rang air base. When he returned to the states, he was stationed at Griffiss Air Force Base in Rome, New York. After his discharge in 1972, he earned an associate degree in electronics from Southern Maine Vocational Technical Institute. In 1974, he married Terri Lynne Farmer at the Voter Hill Farm in Farmington, and in 1977 began working for Champion Spark Plugs/Cooper Automotive/Federal-Mogul Motorparts. He was promoted to territory manager for Massachusetts in 1983 and the couple moved to Chelmsford. Another transfer followed in 1988 to Bowie, Maryland, where daughter Renatta Beverley was born in Annapolis. The family then moved to Batavia, Illinois in 1991 where Mike continued to work for Federal-Mogul Motorparts. He received many awards and recognitions, and in 1993 they found themselves back in Chelmsford, closer to Maine family and many friends. After 35 years, Mike retired from Federal-Mogul and began working part-time at OReilly Auto Parts in Billerica. Mike was an avid golfer and loved family gatherings, especially at Bear Pond. He and his brothers enjoyed hunting in the fall whenever possible. He is survived by his wife of 46 years, Terri, his daughter Renatta, his son-in-law Rob and grandson RJ. He is also survived by his brother David and his wife, Paula, brother Andy and his wife, Sheila, many nieces and nephews and dozens of cousins. In lieu of flowers, the family asks that an optional donation to a favorite charity be made in his memory. Due to gathering limitations, Funeral Services will be held privately. Arrangements have been entrusted to the care of the BLAKE CHELMSFORD FUNERAL HOME, 24 Worthen St. CHELMSFORD. Funeral Director Paul A. Hardy, Jr. For online condolences please visit CHELMSFORDFUNERALHOME.COM and find us on Facebook.
To plant trees in memory, please visit our Sympathy Store.
Published by Eagle-Independent from Feb. 7 to Feb. 12, 2021.
MEMORIAL EVENTS
No memorial events are currently scheduled.
To offer your sympathy during this difficult time, you can now have memorial trees planted in a National Forest in memory of your loved one.
Funeral services provided by:
Blake Chelmsford Funeral Home & Cremation Service
MAKE A DONATION
Please consider a donation as requested by the family.
MEMORIES & CONDOLENCES
Sponsored by Blake Chelmsford Funeral Home & Cremation Service.
5 Entries
Mike was a great guy and salesman, he taught me a lot about the automotive business and particularly his lines as I worked with him and our customers for 10 years. I wish his family prayers as they go through this difficult time.. Bob Morin
Robert Morin
Coworker
February 9, 2021
Dear Terri, Renatta, Rob, and RJ
We are deeply sorry for your tragic loss. Mike has been in our lives for 25 years, and he always brought a sense of fun and mischief to our gatherings. We have so many delightful stories and memories that include Mike. As a neighbor, he was always generous, helpful and dependable.
Debbie Broderick
Friend
February 8, 2021
I had the pleasure of working with Michael for many years. He was a tremendous support, I learned a great deal from him over the years. My deepest sympathy goes out to his family and loved ones. RIP Mr. Leavitt.
Brian L Raymond
Friend
February 6, 2021

Mike was always willing to help and have a laugh at the same time. He will be greatly missed.

Raise a glass of Bob Mondavi to salesman Mike...
Dale
Neighbor
February 5, 2021
My condolences to the family . May you find comfort in your treasured memories and Gods promise to return our loved ones . 1st Thessalonians 4 : 13 & 14 .
February 5, 2021