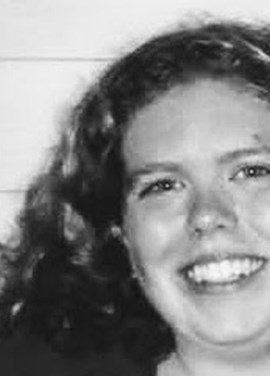 DIED
November 16, 2020
Tara K. Tulley, age 43, of Hadley, MA passed away unexpectedly at her home on Nov.16, 2020. Her survivors include her father, John N. Tulley and his partner, Sandra Neargaard, of Littleton, MA; her mother, Linda P. Tulley, of Newburyport, MA; her sister and nephew, Nischala Tulley and Rishi Tulley of Nevada City, CA. She also leaves two aunts and four cousins and many devoted friends in New York and Hadley, MA and its environs. Tara was a professional chef for her entire career. From a very young age, she was a great fan of all the cooking shows on PBS. After completing two years at UMass, Amherst, she knew she wanted to go to culinary school. She graduated from the Cambridge School of Culinary Arts in 2000 and got her first job as pastry chef at the Green Street Caf in Northampton, MA where she worked for a number of years. She later moved to Portland, OR where she cooked at Park Kitchen, then one of the new, up-and-coming chef-owned restaurants in Portland. The head chef at Park Kitchen gave her great creative latitude to develop pastries and desserts which won kudos in the local newspapers. He also encouraged her interest in the Slow Food Movement and community supported agriculture. No matter where she traveled, even in Alaska, with its short growing season, she was always on the lookout for local farmers markets. Unfortunately, despite her success in Portland, she found its constant rain too much to endure and made her way home via a summer stint in 2007, cooking for the clients of Kenai Riverside Lodge, a high-end salmon fishing camp in the Kenai Peninsula of Alaska. She was also the supervisor of the hospitality staff and gardens at the camp. (Her parents were dismayed that in Alaska, she learned the strategies for evading a charging moose and recognizing bear trails and what to do to frighten potential bears in ones path.) She loved Alaska and hoped to return one day. Back in the Northampton area, where she had a devoted circle of friends, she cooked at a number of local restaurants. For a time, she co-owned and managed a catering firm, Slow Food, Fast Friends. Her many friends remember with special fondness the gatherings she hosted in Northampton, where she cooked, gathered friends about her to share a bonfire, food, music, singing, and comradeship. These gatherings of friends were a part of what the Pioneer Valley meant to herit was where she really wanted to be. A period of declining health, which limited her mobility in the past year, preceded her death. She was a very creative person, with an eye to design not only in cooking, but also in ceramics, drawing, and home dcor. Her love for her family and friends, her creative and adventuresome spirit, her love of children, are sadly missed by those she left behind.
To plant trees in memory, please visit our Sympathy Store.
Published by Eagle-Independent from Dec. 2 to Dec. 17, 2020.
MEMORIAL EVENTS
No memorial events are currently scheduled.
To offer your sympathy during this difficult time, you can now have memorial trees planted in a National Forest in memory of your loved one.
MEMORIES & CONDOLENCES
0 Entries
Be the first to post a memory or condolences.