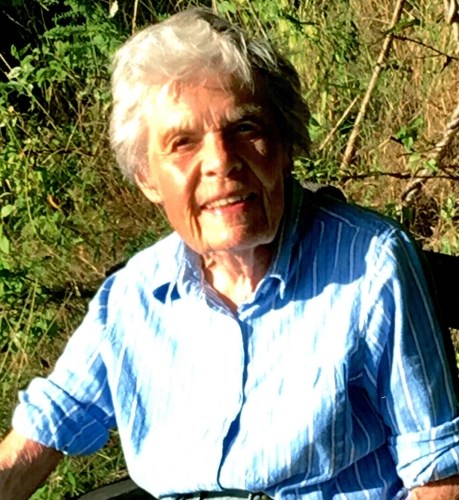 BORN
1929
DIED
2021
Joan Knight Thomsen was born in Watertown, MA on October 6, 1929 to parents George Warren and Margaret Hale Knight. Bobbie, as she preferred to be called in homage to her middle name of Robertson, lived a life of dedication to family, a love of the arts and of community service. She passed away on February 10, 2021 at Maplewood of Brewster after a period of failing health. Predeceased by her husband Charles H. Thomsen in 2005, Bobbie leaves behind her daughter, Amy Thomsen Malone (Rich) and son Eric Winslow Thomsen (Joann), five granddaughters and three great grandchildren. She is also survived by her sister Martha Koehler (Hans) of California, sister-in-law and brother-in-law Althea and Gerald Dorman of East Orleans as well as many nieces, nephews and extended family. Bobbie was an avid sailor and tennis enthusiast playing well into her late 70s. She was a well-spring of energy, knowledge and graciousness and will be sorely missed by family and friends alike. Bobbie was educated at the Brimmer and May School in Boston and later at Wheaton College in Norton with French and art as her special interests. Bobbie met her future husband, Charles, during a summer when both were working as camp counselors in Orleans where their families each had summer homes. After their marriage in the early 1950s, the Thomsens moved to Washington, DC where Charles would attend graduate school. While in Washington, Bobbie initially worked at the Republican National Committee but upon hearing of an opening at the White House, she applied and was selected for the position of social correspondent for Mamie Eisenhower. In addition to her duties of letter writing for and from the First Lady, she was charged with reorganizing the White House China Room, a project from which she derived great pride. Bobbie left the White House following the birth of her daughter Amy, but returned several years later to help with correspondence for the newly installed Kennedy administration. The family then moved to North Africa and lived both in Tunisia and Morocco while Charles participated in administration for the Peace Corp. Moving back to Massachusetts, the Thomsens were longtime residents of Hingham and East Orleans. Bobbies contributions to Orleans were substantial. She served on the Board of the Friends of the Snow Library, the Orleans Historical Society since 1980 (lately as an Emeritus) and was a founding member of the Orleans Improvement Association. For many years she organized trips for the Cape Cod Symphony to Boston and beyond and worked with the Caribbean Art Project which recognized budding artists on the Caribbean islands providing grants for their work. A Celebration of Life will be held at a later date as COVID restrictions are further eased. For online condolences, please visit www.nickersonfunerals.com.
To plant trees in memory, please visit our Sympathy Store.
Published by The Cape Codder from Mar. 12 to Mar. 19, 2021.
MEMORIAL EVENTS
No memorial events are currently scheduled.
To offer your sympathy during this difficult time, you can now have memorial trees planted in a National Forest in memory of your loved one.
MAKE A DONATION
MEMORIES & CONDOLENCES
0 Entries
Be the first to post a memory or condolences.