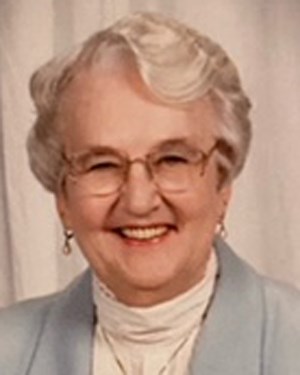 BORN
1928
DIED
2021
FUNERAL HOME
Rupell Funeral Home
465 Memorial Pkwy
Phillipsburg, NJ
Lotus J. Marcus Bradlau, 92, of Phillipsburg, NJ, passed away on January 28th, 2021 at Abington Manor at Morgan Hill-Memory Care Village in Easton, PA. Lotus was born in Phillipsburg, NJ. on May 22nd, 1928 to the late Charles R. and Agnes M. Porter Shepherd. Lotus was homemaker and hostess par excellence, a sumptuous baker and sensational seamstress. She was a graduate of Phillipsburg High School, Class of 1946, where she proudly played bass drum in the marching band. Lotus, a long time resident of Phillipsburg, retired to Cape Cod in 1999. She returned to her hometown in 2013. During her years in Phillipsburg, Lotus was involved in many facets of the community. She was a member of the United Presbyterian Church of Alpha, NJ. for forty years, where she was an ordained Elder and member of the choir and member of Pilgrim Presbyterain Church in Phillipsburg. Lotus was a member of Church Women United for fifty years, where she served as President and Treasurer and was co-founder and past President of the Phillipsburg Area Council of Churches. She was a Girl Scout Leader in the Greater Lehigh Valley, 4-H Leader in Warren County, served on the Board of Directors of Meals on Wheels, Board of Human Services and Women in Transition. Lotus was a patient representative volunteer at Warren Hospital, volunteered with Catholic Charities Food Program and was Past President of Couturier Club at the YWCA. At one time, Lotus was secretary for the former Hineline's Meat Plant, secretary for M.S. Durranni, MD and bookkeeper for various local businessmen. During her years on Cape Cod, Lotus was an active member of Eastham United Methodist Church in Eastham, where she served as Chairman of Worship Committee, the church choir, the quilting group and both Church Women Representative and Vice-President of EUMW. She was a volunteer at the Wellfleet Audubon Society, Docent at the Swift Daly House, Wardrobe Mistress for Land of First Light and the Gertrude Lawrence Theatre and served on the nominating committee of P.E.O. International, a women's scholarship fund. Lotus is survived by her daughters, Valerie Mamrak and her husband Phil of Phillipsburg, Rev. Mary Marcus and her husband Mark Convoy of Glen Rock, NJ. and Rose Wagner of Plymouth, step-son, George Bradlau, wife Susan and their extended family; grandchildren, Victoria Wagner, Joshua Wagner and Paul Mamrak and his significant other, Yvonne Modica; brothers, Russell Shepherd of Phillipsburg and Robert Shepherd of Topton, PA; several nieces and nephews. Lotus was predeceased by her husband Frank Marcus, who passed away in 1986; husband, George Bradlau, who passed away in 2008; brothers, Charles R. Shepherd, Larry Shepherd, William B. Shepherd and Benjamin Shepherd; sisters, Carolyn Coover and Lorraine Willever and son-in-law, David Wagner. Lotus daughters would like to thank the caregivers at Abington Manor's Memory Care Village and Asera Care Hospice for the wonderful care given to their mother during her stay. A Graveside Service for Lotus will be held on February 4th at 11a.m. at Fairmount Cemetery; 123 Belvidere Road; Phillipsburg, NJ. 08865. Due to the current COVID-19 pandemic, masks must be worn and social distancing practiced. The Rupell Funeral Home, LLC; 465 Memorial Parkway; Phillipsburg, NJ. 08865 has been entrusted with the arrangements. In Lieu of Flowers, Memorials may be made in Lotus name to the United Presbyterian Church of Alpha; 859 High Street; Alpha, NJ. 08865. Online condolences may be submitted at www.rupellfuneralhome.com.
Published by The Cape Codder from Jan. 31 to Feb. 4, 2021.
To plant trees in memory, please visit the Sympathy Store.
MEMORIAL EVENTS
Feb
4
Graveside service
11:00a.m.
Fairmount Cemetery
123 Belvidere Road, Phillipsburg, NJ
Funeral services provided by:
Rupell Funeral Home
MAKE A DONATION
MEMORIES & CONDOLENCES
Sponsored by Rupell Funeral Home.
3 Entries
The Marcus Family
Fond memories. Most sincere sympathy to all of the family.
Susan, Peter and Mrs. Brooks
Susan Brooks
February 6, 2021
She was a kind and wonderful lady. As a little boy, I would often visit Mrs. and Mr. Marcus at their home on Hagerty Avenue. He would be smoking his pipe and she would be serving up cookies. Great memories.
Robert Murray
Neighbor
January 31, 2021
Val and Family,

Always enjoyed talking to you and your Mom at OGPC. She was such a sweetheart and so involved in organizations both here in Phillipsburg and in Cape Cod. Know that she is resting and watching over all of you.