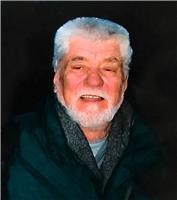 BORN
1935
DIED
2021
Stanley (Steve) Gadomski Jr, a resident of Sanibel, Florida, passed away peacefully at the Pleasant Bay Rehab Center near his Orleans, Massachusetts home on February 22, 2021. He was born on September 12, 1935, in College Point, New York, to Stanley Martin Gadomski and Adele Florence Webber. Stanley was predeceased by his wife of 40 years, Sandra Harlan Gadomski, and is survived by his sons Stephen Martin Gadomski (wife Noreen) and David Scott Gadomski (Lisa) and daughter Karen Ann Gadomski; grandchildren Samantha, Katherine, Kelly, Elizabeth, Mackenzie, Emily, Lindsie, Tyler, and Mason; great-grandchildren Evie and Ryder; step-children William Howard Cummins (Anne) and Robert Ercell Cummins (Eileen); and step-grandchildren Jamie, Brian, Lily, and Katie. Stanley was a 21-year veteran of the U.S. military. He joined the Army at age 17 and served one tour in Korea and two in Vietnam. He was awarded The Bronze Star Medal for Meritorious Achievement in Ground Operations Against Hostile Forces as well as numerous other medals and awards, including an Army Commendation Medal for Meritorious Achievement as an instructor in the U.S. Army's Air Defense School shortly before retiring as a Sergeant First Class in January, 1974. Stanley spent quite a bit of time in Europe and Iceland serving in the Army during peace time, as well as on the Army ski patrol in the Alps. Stanley had three children with his first wife, Barbara, before divorcing in 1978. He married his second wife, Sandra, in 1980. Stanley and Sandra lived in Harvard, MA, for more than 10 years before building a home in Orleans on Cape Cod and ultimately retiring in Sanibel, Florida. For many years, they spent summers on the Cape and returned to their home in Sanibel each Fall to winter in Florida. Sandra passed away in August of 2020. He worked primarily as an auto mechanic after retiring from the military, and owned and operated Stans Garage, a service station and auto repair shop in Ayer, MA, for many years. Stanley also started and later sold Sunshine Linen which he operated from his home in Orleans, providing linen rentals for summer vacationers primarily through local realtors. Stanley and Sandra enjoyed traveling, especially when it involved exploring natural habitats and observing wildlife. Highlights of their travels included an African safari, visiting Machu Picchu and taking a riverboat Amazon cruise in Peru, touring northern Italy, camping in the Canadian Maritimes and Rockies, and many trips to Yellowstone, Yosemite, and numerous other National Parks throughout the U.S. They had their own wildlife sanctuaries just outside their kitchen windows at both their Florida and Cape Cod homes, with the canal in their back yard on Sanibel and regular visitors such as alligators, bald eagles and waterfowl, and a meadow and a distant view of Nauset Harbor in Orleans with frequent visits by deer, fox, coyote and the multitude of birds that visited their many feeders. They greatly enjoyed local parks and hiking trails at both their homes including the unparalleled J. N. Ding Darling National Wildlife Refuge on Sanibel Island, a premier birding destination in the United States which they frequented often. Stanley volunteered with the Hammerheads, a local charity on Sanibel, building a variety of structures and additions for local charities. He had previously honed his carpentry skills working for a home builder for several years in Harvard and built a wonderful addition at their Orleans home. Stanley helped Sandra maintain her wonderful flower and herb gardens that surrounded their homes and loved growing his tomatoes and strawberries. They also maintained a 20x20 vegetable garden plot for nearly 20 years at the Sea Call Farm community garden in Orleans. Stanley and Sandra were especially interested in preserving natural habitats for future generations so his two stepsons and brother-in-law, Hal P. Harlan, founded a wildlife preservation fund as a legacy for them. Among other things, Stanley greatly enjoyed fishing, boating, cooking, playing cards and other games, and reading and watching westerns. 'Steve' had a gentle soul and will be greatly missed by his friends, family, and all who knew him. Due to the COVID pandemic, memorial service details will be made at a later date. In lieu of flowers, contributions can be made to a memorial fund created as a legacy for Stanley and Sandra. Checks should be made out to 'The Stanley and Sandra Harlan Gadomski Wildlife Preservation Fund' and sent to The Cape Cod Foundation, 261 Whites Path, Unit 2, South Yarmouth, MA 02664. Online donations can be made here: https://tinyurl/5ah4xeu2.com .
Published by The Cape Codder from Mar. 9 to Mar. 12, 2021.
MEMORIAL EVENTS
No memorial events are currently scheduled.
MEMORIES & CONDOLENCES
1 Entry
Wonderful man even though we knew him and Sandy a short time. We really enjoyed their company. Very sweet and caring couple
Carol Nottage
Friend
March 12, 2021
Showing 1 - 1 of 1 results