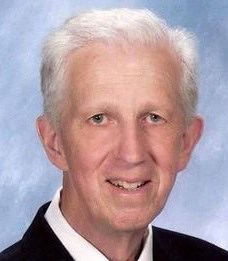 FUNERAL HOME
Kane Funeral Home & Cremation Services
605 Washington St
Easton, MA
George Gilmary Tyrrell, 75, of Easton, died on May 26, 2021. He was born September 16, 1945, in Brooklyn, NY, to the late William George and Margaretta (Dorney) Tyrrell. In 1951, his family moved from Bay Ridge to Albany where George attended St. Vincent De Paul School and then Vincentian Institute. He graduated from Stonehill College in 1968 and completed a master's degree in Educational Media at Boston University in 1972. He married Maura Geens on December 28, 1976. George started the instructional media center at Stonehill College in 1969 and worked there until 2017. He also coached Stonehill's sailing team for many years. George dedicated his life to his family's welfare and happiness, providing much of the childcare and doing most of the shopping and cooking, captaining boating adventures, and putting three additions onto the family home. After he retired, he enjoyed preparing weekly Sunday dinners for his wife, children, and grandchildren, attending his grandchildren's athletic and dance events, and traveling with Maura in their camper or by train. Over the years, George served in the U.S. Coast Guard Auxiliary and on the Easton Cable TV Advisory Committee. In 2002 he received the Harris Ullian service award for his work for The Easton Music Parents Organization (TEMPO). He never missed voting in an election and rarely missed a town meeting. He was a member of Holy Cross Parish starting in 1975 and attended daily Masses at Stonehill College for many years. He is survived by his wife of 44 years, Maura Tyrrell, and his three children, Julianne Tyrrell McHardy of Mansfield, Mark Tyrrell and wife Rachel of Mansfield, and Sarah Tyrrell of Easton, and five grandchildren, April and Chloe McHardy and Even, Avery, and Isla Tyrrell. He also leaves his brother Bill Tyrrell and wife Nancy of Voorheesville, New York; his sister Marrilee Tyrrell of North Fort Myers, Florida; his sister Anne Tyrrell of Albany, New York; nephews and niece, Kevin, Paul, and Kate; and nine first cousins. Relatives and friends are respectfully invited to attend visiting hours on Tuesday, June 1, 2021 from 4-7 p.m. in Kane Funeral Home & Cremation Services, 605 Washington Street (Rte. 138), Easton. A funeral Mass will be held on Wednesday, June 2, 2021 at 10 a.m. at the Chapel of Mary, Stonehill College, Easton. In lieu of flowers, donations may be made to the Stonehill College George G. Tyrrell Scholarship Fund.
To plant trees in memory, please visit our Sympathy Store.
Published by Journal-News Independent from May 29 to Jun. 4, 2021.
MEMORIAL EVENTS
Jun
1
Visitation
4:00p.m. - 7:00p.m.
Kane Funeral Home & Cremation Services
605 Washington Street, Easton, MA
Jun
2
Funeral Mass
10:00a.m.
Chapel of Mary
Stonehill College, Easton, MA
Funeral services provided by:
Kane Funeral Home & Cremation Services
MAKE A DONATION
MEMORIES & CONDOLENCES
Sponsored by Kane Funeral Home & Cremation Services.
14 Entries
Maura,Sarah and family,
So sorry for your loss, I cherish the long relationship with George and Maura and Sarah. he exemplified family first and brought warmth and love to those he touched. I am grateful for having had the opportunity of knowing the Tyrrell family, may we celebrate his life
Julie Andrews
Friend
June 3, 2021
Dear Maura
Very sorry to hear this news.
George was a gentleman and perserverd through some challenging times
Always was great to see him at Mass.

Our prayers are with you and your family
Larry, Michelle & Victoria Hassan
Friend
June 3, 2021
Maura and family,
I am so sorry for your loss. I will keep you all in my thoughts and prayers.
Kathy Hayes
Kathy Hayes
Acquaintance
June 2, 2021
Maura I send my sincere condolences to you and your family. May the love of dear friends give you comfort during these difficult and sad time.
Jeannette Picchi
Friend
June 2, 2021
Dear Maura and family- Long ago as an undergrad, I had a very part time job in the Stonehill media center. George was a good boss and a good man. So sorry for your loss. Susan Burke
Susan Burke
June 1, 2021
I had the pleasure to work with George as a work study student in the days where we dragged TVs up and down the stairs and ran film from the media room. After he evaluated my handwriting, I got the job (though my handwriting was awful!). When I left media services to be an RA, George continued to hire me to help set up and run sound on various events throughout my Stonehill time. He showed me how to balance the sound, arrive on time, and always put things back where they belong....lessons I live by today.
Peter Langton
Student
June 1, 2021
Dear Maura and family,
We are so saddened by the news of George's passing. We have so many fond memories of George during Stonehill days and the following years. There are too many great memories to list. One that does often comes up in our family, especially around the holidays, is Christmas at the Tyrells. The trains and George's eggnog were always a hit!
Wishing your family solace in your fond memories.
May George rest in peace.
Kathy and John Kerrigan
Kathy & John Kerrigan
Mother
June 1, 2021
George was a dear friend in high school. At the time he and two other friends were planning on joining the Brothers after high school. I am happy to read he had a full life with you, Maura, and your family. May your loving memories sustain you in the days ahead.
Christine Lenz O'Connor
School
June 1, 2021
Dear Maura and family--We were so saddened to learn of George's passing from our mutual Stonehill friend John Kerrigan. We always enjoyed our encounters with George during our student days at Stonehill, and also while we were working there for a couple of years after graduation (Liz was the first Director of Housing at the college). We admired George for his dedicated service to Stonehill over so many years. I (Phil) even got to experience an ill-fated sailing adventure with George and John Kerrigan where the rudder broke, but George still got us home safely. May he rest in peace. And may his memory bring comfort and peace to all of you. Phil and Liz Contant, Springfield (Stonehill "70)
Philip Contant Contant
Friend
May 31, 2021
I knew George in high school. We were in the band and stage crew together. He was a good friend. Sorry to read of his passing. My sympathy to his family. JR
John Ryan
Friend
May 31, 2021
I am deeply sorry for your loss.