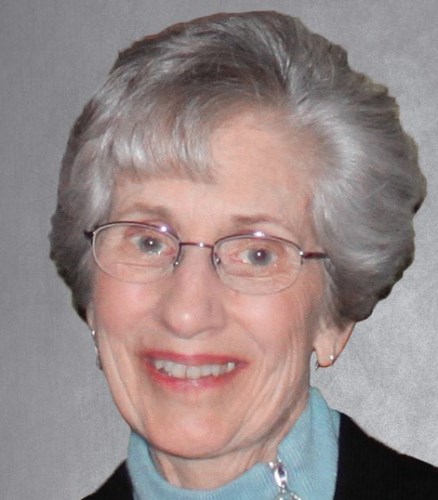 BORN
1934
DIED
2021
FUNERAL HOME
Kane Funeral Home & Cremation Services
605 Washington St
Easton, MA
Philomena Janet (Carriuolo) LeBoeuf, a longtime resident of Easton, died on June 1, 2021, at the age of eighty-six. She was the wife of the late Robert C. LeBoeuf. Phil and Bob were married on June 23, 1956, at St. Patrick's Catholic Church in Brockton. They were married for over sixty-three years, until Bob's death in 2020. Philomena was born on August 27, 1934, in Brockton, the late Dr. John A. and Blanche (Brusseau) Carriuolo. She was the eldest of six children and attended St. Patrick's School in Brockton, graduating from St. Patrick's High School in 1952. From an early age, Phil had a love of music. She played the piano and the organ. Philomena was the organist at Immaculate Conception Catholic Church in North Easton for over forty-five years. She enjoyed playing the piano and organ at family gatherings, including piano duets with her grandson, Daniel Kent. In addition to her devotion to her family, her church, and her music, Philomena had a decades-long record of service to others. For many years, she served as a volunteer at the New England Sinai Hospital in Stoughton, bringing companionship and friendship to many residents there. Later, she served in a similar capacity at the Easton Lincoln Nursing Home in North Easton. Philomena is survived by a son, Robert J. LeBoeuf of Lakeville; daughters, Joanne Kent and her husband Thomas of Lakeville and Lynn Costello and her husband Kevin of Plymouth; and seven grandsons, Robert P. LeBoeuf, John LeBoeuf, Jeffrey Kent, Daniel Kent, Nathan Kent, Timothy Costello, and Gregory Costello. Phil was predeceased by her sisters, Joan Farrell (late Bernard) and Judith Whitney (Ralph), and is survived by her sisters, Marguerite Cayer (Paul) and Janice Tougas (late Roger) and her brother John A. Carriuolo Jr. (Joanne). Relatives and friends are respectfully invited to attend the funeral from Kane Funeral Home & Cremation Services, 605 Washington Street (Rte. 138), Easton, on Monday, June 7, 2021 at 9 a.m. followed by a funeral Mass in the Immaculate Conception Church, 193 Main Street, Easton at 10 a.m. Interment will follow in the Immaculate Conception Cemetery, Easton. Visiting hours on Sunday from 2-5 p.m. For directions or condolences, www.kanefuneralhome.com.
To plant trees in memory, please visit our Sympathy Store.
Published by Journal-News Independent from Jun. 5 to Jun. 11, 2021.
MEMORIAL EVENTS
Jun
6
Visitation
2:00p.m. - 5:00p.m.
Kane Funeral Home & Cremation Services
605 Washington St PO Box 34, Easton, MA
Jun
7
Funeral
9:00a.m.
Kane Funeral Home & Cremation Services
605 Washington St PO Box 34, Easton, MA
Jun
7
Funeral Mass
10:00a.m.
Immaculate Conception Church
193 Main Street, Easton, MA
Funeral services provided by:
Kane Funeral Home & Cremation Services
MAKE A DONATION
MEMORIES & CONDOLENCES
Sponsored by Kane Funeral Home & Cremation Services.
2 Entries
Bob,

So sorry to hear about the passing of your mom. A mother is the most important one in a person's life. Please try to be comforted by the fact that she is in Heaven with Jesus and all her loved ones who have passed. She is happy and without pain and problems. Please be assured that members of our Council and I are praying for her and especially you. Do not hesitate to contact me if you need someone to talk to. As always I am always here for a friend and that is what you have always been to Shirley and I. God bless. Vivat Jesus.
kevin ellis
Family Friend
June 13, 2021
My sincere condolences and prayers to Nana's families
Barbara Moore
Family Friend
June 5, 2021
Showing 1 - 2 of 2 results