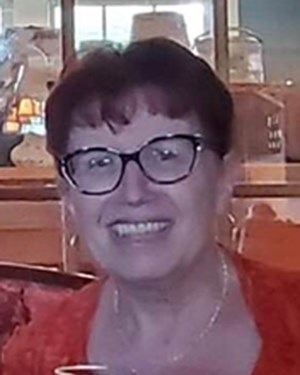 ABOUT
Danvers High School
FUNERAL HOME
Eustis & Cornell Funeral Home
142 Elm Street
Marblehead, MA
Judith Anne Yahoodik, 74, passed away on August 19, 2021 after a courageous three year battle with breast cancer. She was born in Salem, MA to the late Cecile (Lajoie) and Henry Filipiak. Judith received her undergraduate and graduate degrees from Salem State College. Shortly after graduating college, Judith married her husband, John Yahoodik of Everett. Together they shared 46 years of marriage until Johns passing in 2017. Judith was a devoted history teacher at Danvers High School from 1970 until 1982. She maintained contact throughout the years with many former beloved students from the Danvers High School class of 1977, for whom she served as senior class advisor. After teaching for twelve years, Judith shifted careers. As an event and grant program manager for the U.S. Department of Transportation, she enjoyed friendships with colleagues and was proud of her many contributions and accomplishments. She worked tirelessly until her retirement in 2016. Post-retirement, Judith enjoyed gardening, baking, knitting, and many travel adventures with her brother, Michael and sister-in-law Patricia. The center of Judith's life were her three children. She was immensely proud of each of them and their accomplishments. She enjoyed being a mother to each of them, and later in life, a friend, a lunch partner, a coffee date and a shopping companion. Judith is survived by her daughter, Ellen and her fianc J.P. Story of Swampscott; her daughter, Jen of Marblehead; and her son, Philip of Alexandria, VA. She also leaves a brother, Michael Filipiak and his wife Patricia of Springfield, VT; a brother, Peter Filipiak and his wife Shirley of Charlotte, NC; and a number of nieces and nephews. Visiting hours will be held at the Eustis and Cornell Funeral Home, 142 Elm Street, Marblehead on Saturday, August 28th from 1:00 p.m. to 3:00 p.m, most current CDC guidelines will be followed. In lieu of flowers, donations may be made in Judith's name to the Kaplan Family Hospice House, c/o Care Dimensions, 75 Sylvan Street, Suite B-102, Danvers, MA 01923 or via caredimnsions.org/giving. Fond memories and expressions of sympathy may be shared at eustisandcornellfuneralhome.com for the Yahoodik family.
Published by The Marblehead Reporter on Aug. 24, 2021.
To plant trees in memory, please visit the Sympathy Store.
MEMORIAL EVENTS
Aug
28
Visitation
1:00p.m. - 3:00p.m.
Eustis & Cornell Funeral Home
142 Elm Street, Marblehead, MA
Funeral services provided by:
Eustis & Cornell Funeral Home
MAKE A DONATION
Please consider a donation as requested by the family.
MEMORIES & CONDOLENCES
Sponsored by Eustis & Cornell Funeral Home.
0 Entries
Be the first to post a memory or condolences.